Marshmallow, marshmallow… Okay so maybe you’ve seen the ads and maybe you haven’t, but Hoka is taking a whole new direction with the marketing campaign for the new Clifton 3. I’ve always been a fan of Hoka overall, but the development of a new ad spot and their commitment to producing maximum cushioned shoes shows how well they are performing within the running industry overall. It also shows the public’s willingness to look at alternative brands instead of traditional shoe manufacturers. This is a great thing, but I honestly don’t love the marshmallow thing. Here’s why.

First off, a marshmallow is squishy and to some degree for some folks out there it represents the opposite of fitness, it screams calories and sugar, etc. For me, who enjoys a good s’mores every now and again, I’m bothered by the fact that Hoka is okay being compared to something squishy. The reason for this is for the simple fact that Hokas are not squishy as that connotation is anti-performance. With more and more top-tier athletes coming onto their brand as ambassadors, I would love to see them drawing a closer line between cushioning, longevity and how that relates to performance. Believe me, I get the consumer impact and the idea of having fun with the brand, but I would never want them to dilute their overall message which is that a shoe can be comfortable, provide a high-level of cushioning, and be a little counter to the mainstream while still allowing for a high level of performance.

As it relates specifically to the Clifton 3, it’s even tougher to swallow because the Clifton 3 is so much better than the 2s. The first Clifton was a staple for a lot of people and some people still are still out there running hundred hundreds of miles in them, but the 3 was a disappointment for some. I put a lot of miles on the Clifton 2 and while I had my gripes, I still found them to be a strong performer, but the 3 is a massive improvement and to some degree it represents a mix of what was good about the Clifton 1 and the 2 in one package. I do have one minor gripe which I will get to, but overall the Clifton 3 is a fantastic successor to the 2.

With the Clifton 3, we maintain a fully no-sew supper and they have removed a good number of the molded overlays from the 2s in favor of a little more flexibility overall. Additionally, we see a rewinding of the toe box to the original Clifton which was a welcome change given it was one of the biggest complaints that the 2 had gotten a little narrow. The 3 definitely feels like it’s widening up a bit more overall and definitely have a little more wider stance. The lacing system remains relatively the same, still very strong in that area. One big change that I like is the removal of the padding in the tongue in favor of a sugnle piece of material. This definitely improves the fit more and allows for a little more lacing control. I’ve never understood the super padded tongue thing, because it inherently creates a pinch point depending on how you lace your shoes. This was a welcome change for me. So overall, the upper is more flexible, has a wider toebox, still fully seamless, and the removal of the padded tongue was a huge plus.

Nothing radically different to speak of on the mid, but something strange occurred and I’m going to point to this area as the potential for that strangeness. It’s definitely not happening in the upper, because we have lost weight up there, but the shoe overall from the 2 to 3 has gained a full 1 ounce of weight. I literally have no idea where this might be coming from, but I have to look to the mid and to potentially an increase in the density of the injected EVA. I say this because the outsole is pretty much identical to the Clifton 2 including the rocker and even the contact points, but that weight has to be coming from somewhere. This isn’t necessarily a bad thing and the shoe is still incredibly light, coming in at mid 8 ounces which for something with this amount of cushioning is just obscene. Bottom line on the mid, still as much cushioning and rebound as ever, mixed with solid control from the side to side perspective leading to maximum stability, so no major issues to speak of. The extra ounce is an annoyance more than anything.

This is definitely a case of it’s not broken, then let’s not fix it. Thank goodness for that because everything still works really well in this area. The meta-rocker design, the reinforcement contact points, and the overall traction control all perform really well. I don’t really have any gripes here, very much the Clifton outsole you are used to and as always still solid underfoot and provides plenty of cushion to go the distance.

The look of the Clifton 3 is very much traditional Hoka with the exception of no large typography. They come in six different color options for men and women this runs the gamut from very neutral black on black to a blue and gold fusion. We enjoyed the Blue/Red Orange comb, but its safe to say that visually they have an option for most tastes.

Given my background with the Cliftons, I wasted no time putting the 3s to the test. At this point, I’ve already put well over one hundred miles on them and have definitely noticed a change from the 2s. My first run with the 3s was 13 miles, I have done this a few times with shoes that I’m familiar with because I feel like it puts it to a great out-of-the-box test. I also feel that certain shoe manufactures really excel in this area and hope it is one of them as most folks don’t want to break in their shoes for weeks. As for the Clifton 4s, the breaking in time for the most part is fairly minimal. There is of course some needed, but in cases like this where the upper is primarily mesh with some minimal molded overlays, it doesn’t change all that much from day one and these things stay pretty true throughout the entire time you use them. 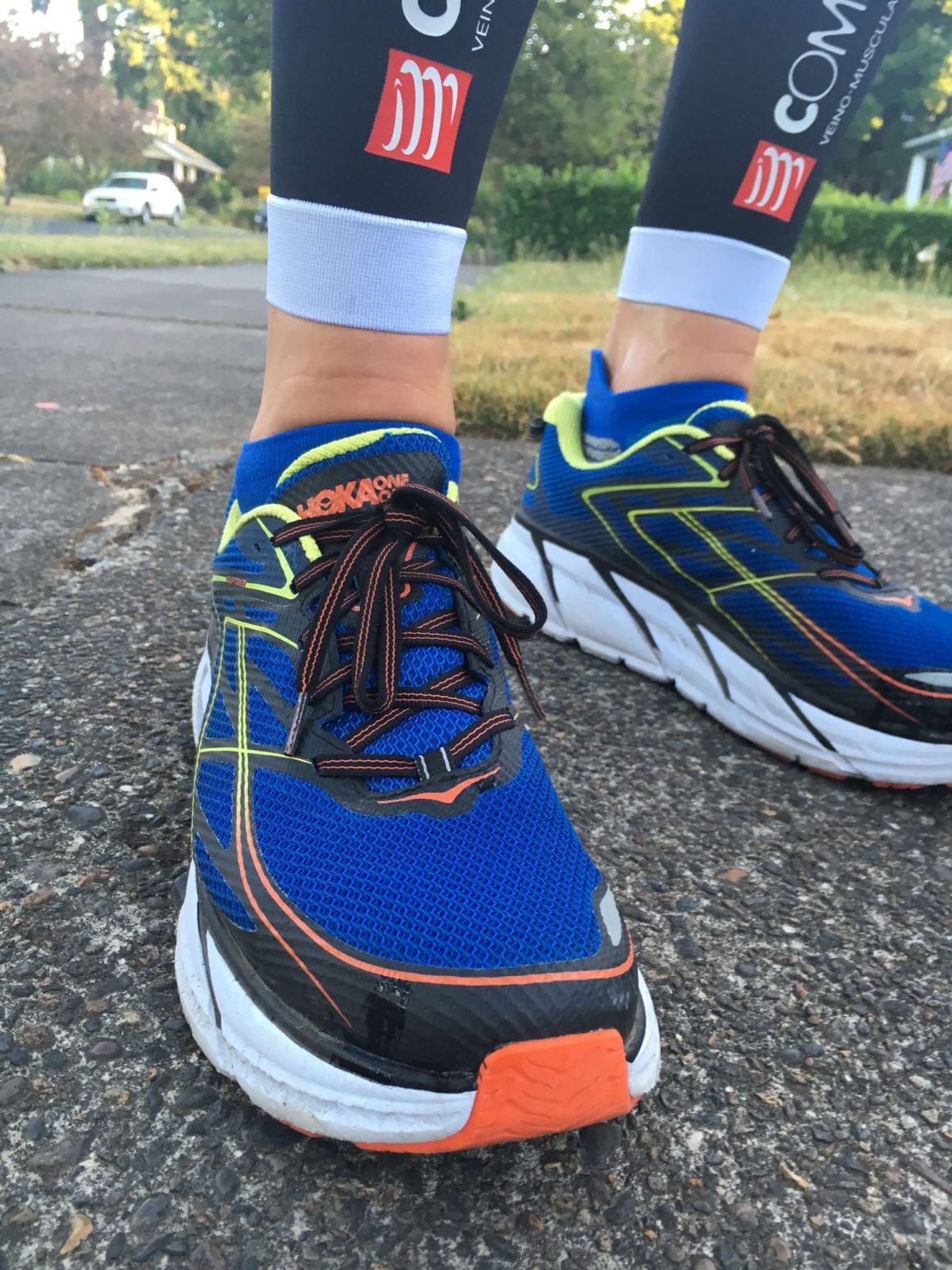 Out on the road, I noticed some immediate differences from the 2 and it was really all about the width. The other improvements, like the removal of the overlay of course help things out a bit and made it more flexible, but more than anything I felt like we had brought a little more of the width back that was lost with the 2s. I’m speaking not only to the toebox in this case, but honestly the entire shoe feels wider and while technically it may not be the case, something has changed in the design that allows it to feel wider and give you more control. There is a noticeable weight adjustment from the 2 to 3, that extra ounce, but I would gladly sacrifice the weight in favor of some of these design changes. 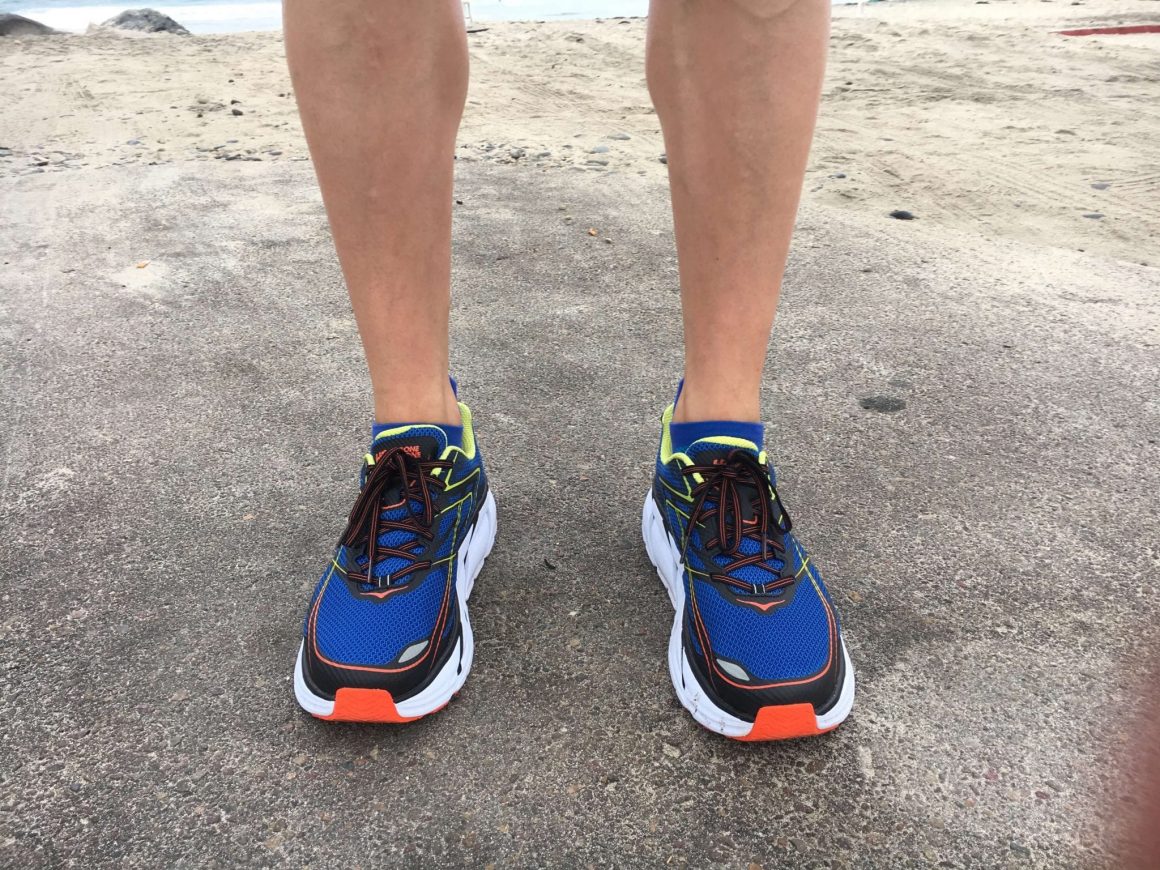 Throughout the run, I find the shoes to be responsive enough where they allow me to accelerate quickly, and this is why I have to gripe with the marshmallow commercial. These things don’t run like marshmallows, they run more like springs. The meta-rocker design and EVA midsole provide a significant level of rebound which allows you to accelerate and inevitably go faster. So I guess what I’m saying is, I would’ve loved a commercial that showed springs on their feet instead of marshmallows. 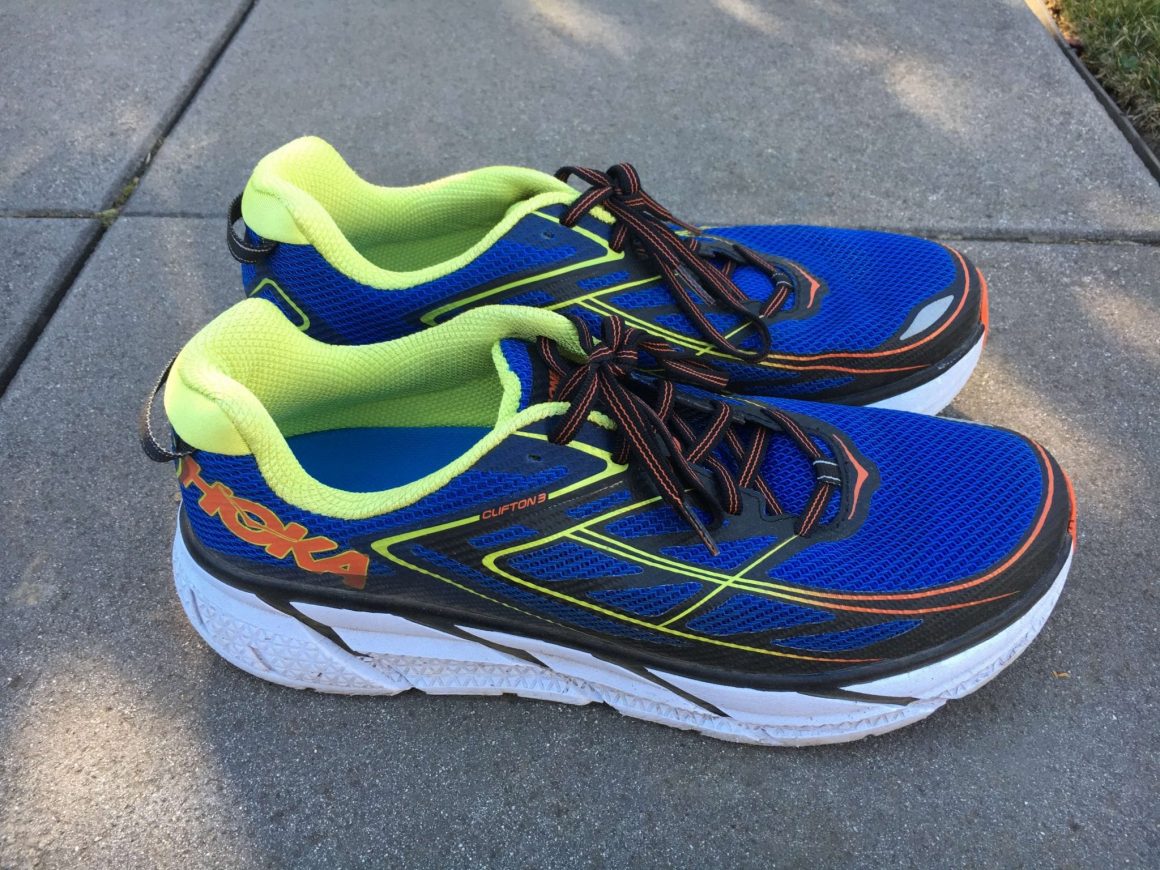 If by now you didn’t get the gist, the Clifton 3 is a massive improvement from the 2 in that it hearkens back to the roots of what made the original Clifton so compelling, but also brought in some of the features from the 2s that were nice to have. They fixed the width issues for me and while they gained a little weight and I would love to see it go away again, it’s still a really solid shoe. In fact, the Clifton has always been a go to and while I had kind of retired the 2s, the 3s are definitely a compelling reason to keep them a consistent member of your everyday lineup. In terms of when to use them, the answer is really any time. I push a lot of people towards Hoka especially runners who are just starting out or coming back after a long hiatus and you are worried about calves, ankles, feet etc. In that lineup, the Clifton is typically the shoe I would point them in the direction of if they need a solid neutral runner. It’s simply forgiving, easy on the legs, and meets the needs of most run styles.