The Paradigm is the shoe that initially made me fall in love with Altra. I was never really sure about zero drop, but the additional cushion from the Paradigm really allowed me to explore this world with a little more support. I had been patiently waiting for this new model, so when it arrived at our doorstep I threw on almost instantly.

The upper on the Paradigm 3.0 has been totally revamped and is now made of a quick dry air technical mesh with several welded overlays. One thing I noticed right away was the toe box has a slight decline to it. Normally, Altra shoes have their patented FootShape technology, but the decline on here was very odd. I could actually feel the top side of the shoe with my toes, something I had never experienced before. It is comfortable overall however, so I went with it.

The midsole is composed of two layers of EVA foam of varying densities. In addition to this, the shoe also has their patented A-Bound technology which is designed to help with rebound and forward progression. Overall, it can be best described as comfy. There is a lot of give, almost like a memory foam. However, in prior versions I felt like there was a more defined rail system to hold your foot in place better. That seems to be missing here, so it felt like I was rolling over the mid a little.

The outsole is all EVA and also uses their FootPod technology. This is becoming standard on all their models and it does feel really solid. It grips nicely, doesn’t experience much slippage and seems to be wearing well on top of it.

I am not a huge fan of the styling, a bit too bland for me as all the models are primarily solids. There are 3 colorways (blue, gray/red, black) for men and women, but its kind of just blah… we need some color contrast on these at least in my mind. 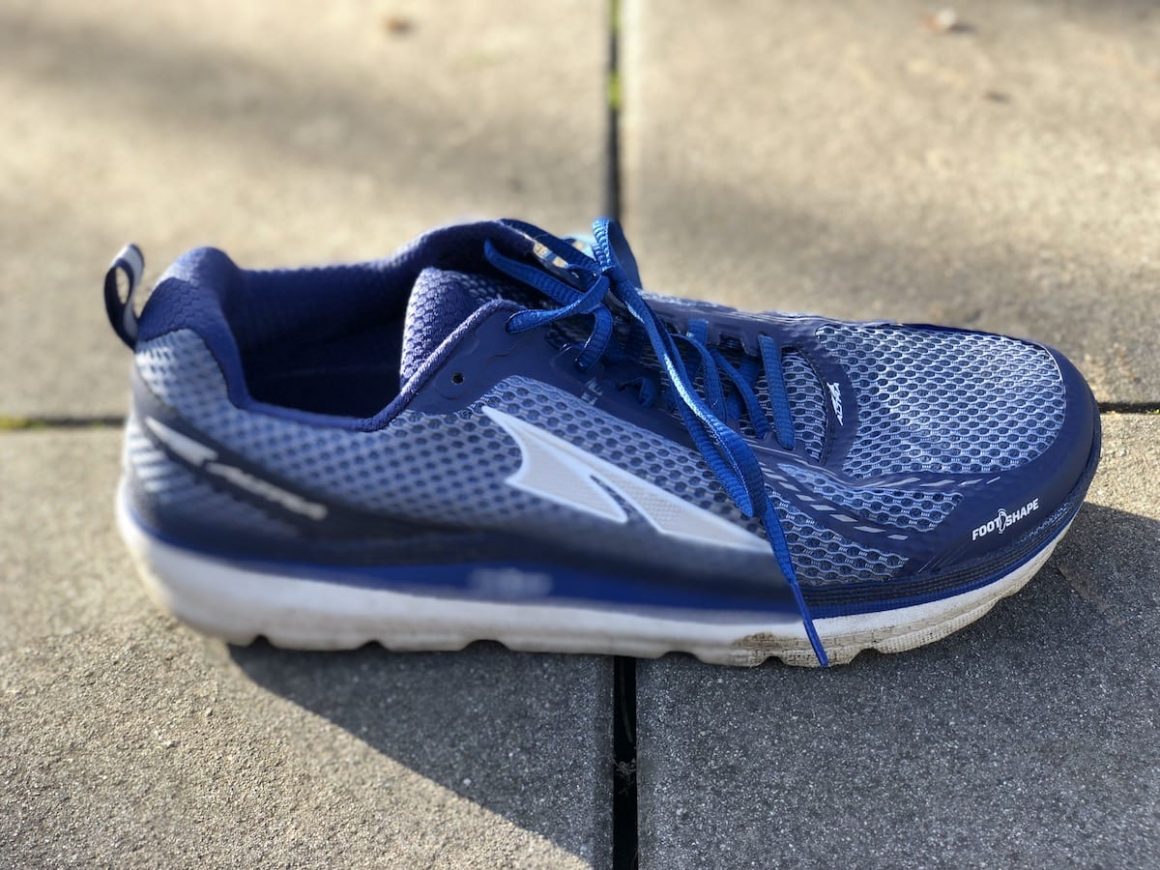 The Altra Paradigm 3.0 are super plush out of the box, they feel like slippers more than a running shoe. At 32mm of stack height, this isn’t unexpected, but it’s so soft. Run wise these things are great, but I do have a couple call-outs on them. First, it really feels to me like the rail system that holds your fit in place has been removed or downplayed. This means during the run you get a lot of side to side movement. I also had the sensation of rolling out over the edges during the run which really bothered me.

They are really comfortable though and this may only be me so I wouldn’t want to deter folks from trying it. At distance, you have more than enough cushion to carry you through. I did have another issue come up even after only several tests. The overlays on the front of the foot started to pull away from the mesh and while it hasn’t gotten any worse, it has clearly separated itself. Not sure how these will hold up over time honestly and this does concern me, I’ve never experienced it on any Altra shoe before.

The Altra Paradigm 3.0 isn’t the perfect successor I had hoped it would be. The lack of any guidance at all in the mid does result in some rollover of the foot. Additionally, the problem with the overlays pulling away from the mesh was a real red flag for us. It is comfortable overall and does work at distance, but I would say be warned on this one and test them out first. For now, I’ll stick with my Torin 3.0s.