We got our hands on the new Adidas Terrex Agravic GTX which blends both Adidas’ Boost technology along with a fully water resistant upper to form an aggressive trail shoe. The shoe is just a subtle tweak to the Terrex line-up, but they really built these to conquer the elements across any terrain.

The GTX in the name stands for GORE-TEX® which means the upper is not only waterproof, but also a breathable lining. There breathability is sandwiched layers of mesh and abrasion-resistant welds which adds to durability. The upper itself is quite stiff to the touch and also on the foot, really no flex whatsoever. The lacing system is totally non-standard, but it does hold well.

The Agravic GTX uses the Adidas boost™ midsole and is extremely responsive. Boost is designed to responsive so the harder you push, the more it bounces back and responded. Again, the mid is also incredibly stiff on these, but you can get momentum out of them.

The outsole is made of Continental™ Rubber which provides not only grip in inclement conditions, but also makes them durable. They also have decent size lugs, so they do grip quite well. 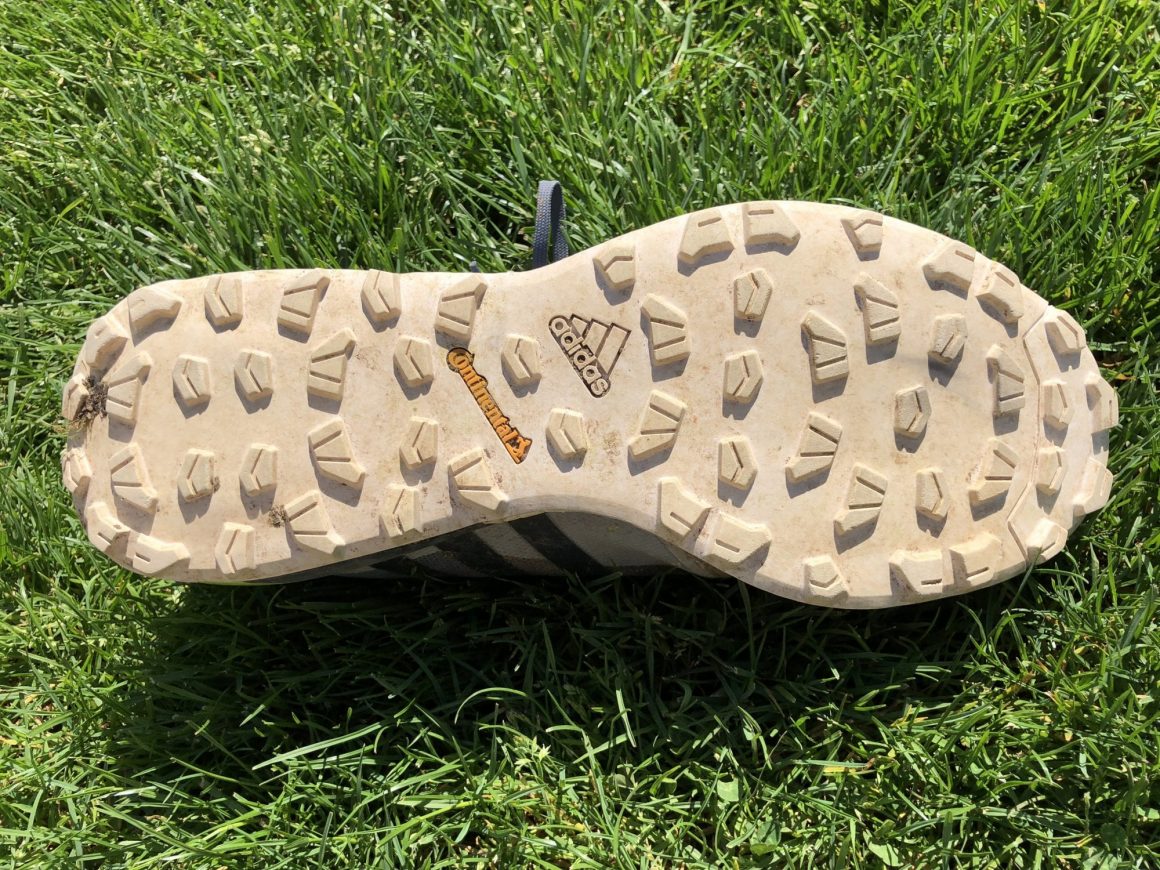 The Agravic GTX comes in two different colorways, the white model we tested and a blue as well. The styling feels on the mark for Adidas with the only oddity coming in that lacing system. The general consensus was that they look pretty cool overall. 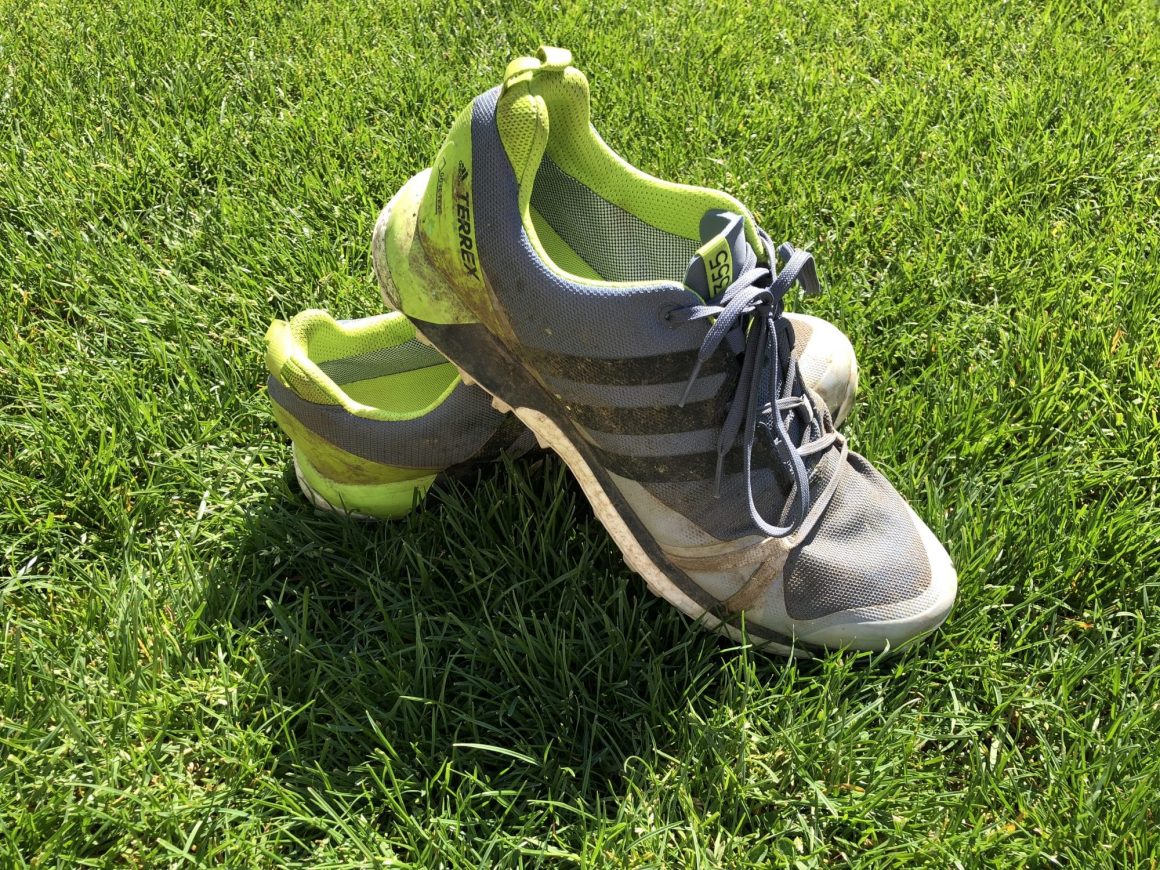 Out-of-the-box, we noticed our first issue that perseverated throughout the entire testing process, the Agravic GTX are stiff on the foot. We mentioned the upper, which never seems to break in regardless of how many wears, but the mid is also incredibly stiff and wild there is responsiveness, there’s no relaxing in the shoes for your foot.

The next thing is, and this applies to many Adidas shoes, these are narrow. What this means when you’re running is you have a very stiff shoe throughout coupled with a narrow foot bed. The shoe is also heavier than expected coming in at just shy of 12 ounces. This does not make for a good combination because it doesn’t necessarily track well for normal to wider feet, it feels a little like you’re running on rails.

In terms of performance, they Agravic GTX turn over really well. The responsiveness really works, but we will be shocked if performance trail runners grab these given the extra weight. The better question is how much do you really need a fully waterproof shoe and is it worth an extra 1 to 2 ounces.

The Adidas Agravic GTX is an okay shoe, but we have to be honest and say it is quite uncomfortable as they are supremely stiff. Regardless how many miles we have put on them, they still haven’t broken in much. At distance this becomes an issue to say the least. As an aggressive speed shoe, they are responsive, but at almost 12 ounces it makes more sense to go down to a non-GTX model.

Hoka One One Challenger ATR 4 Review