I recently had the good fortune of interviewing David Sypniewski from Skora and we had a chance to talk about the unique way Skora builds and design shoes and the thought process that goes into it. And following that up, we had a chance to take a hands-on look at the Skora Tempo and see what all the fuss is about. It’s definitely a movement back to minimalism and really showcases a company that favors high quality materials over high levels of cushioning.

The first thing you’ll notice when you try on the Tempo is its weight… or the absence of it. The shoe is incredibly light and well this might seem obvious given the lack of upper for cushioning, you aren’t really prepared for how light it is (~7 oz). Next you’ll notice the absence of shoe, which I realize sounds funny, but there simply isn’t a lot to it especially in the upper. What you do find is that the material that is there seems especially solid. It feels meticulously selected and almost handcrafted. You definitely look at the Tempos and think some thought went into the shoes when they were being designed.

The Tempo features many of the things that we’ve come to love in many of the shoes here including a nice wide toe box, zero drop or close to zero drop offsets, and no weird additives for stability or control that a lot of other shoes have. Instead Skora focused on making those specific areas they do touch on much higher quality and much more durable. I had this realization as I put them on that they felt like some sort of handcrafted product. The shoes design feels very intentional and every element as you run your hands across the shoe feels very calculated. 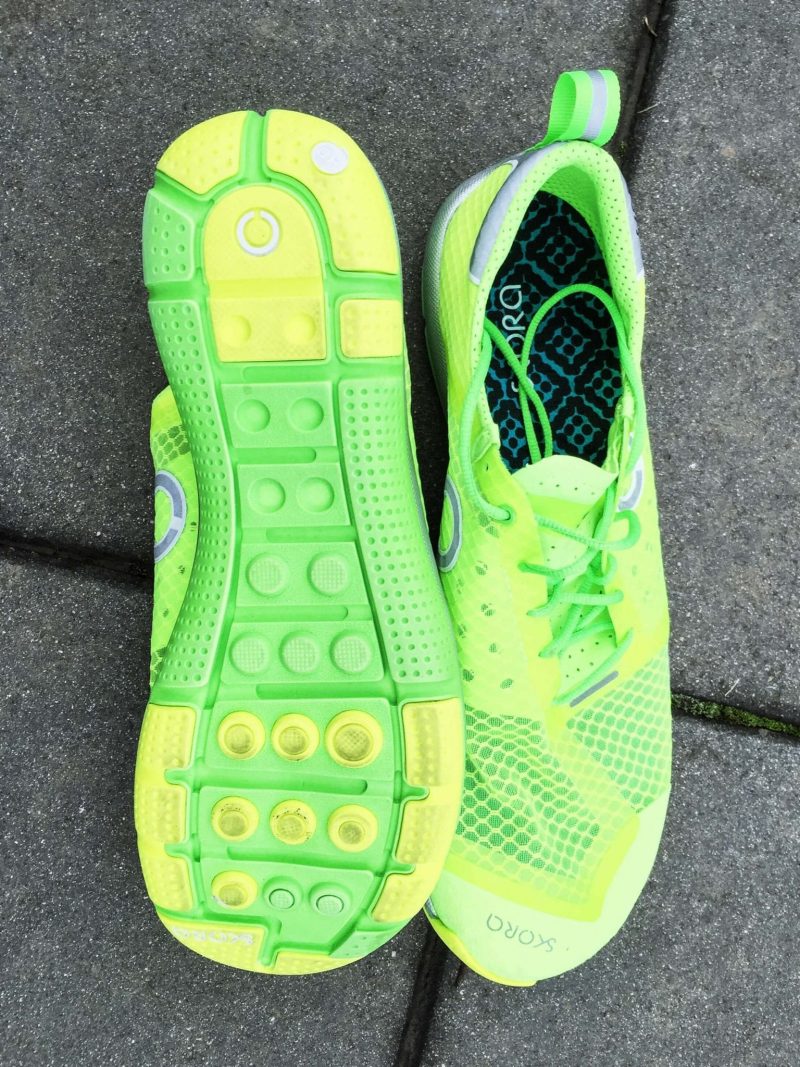 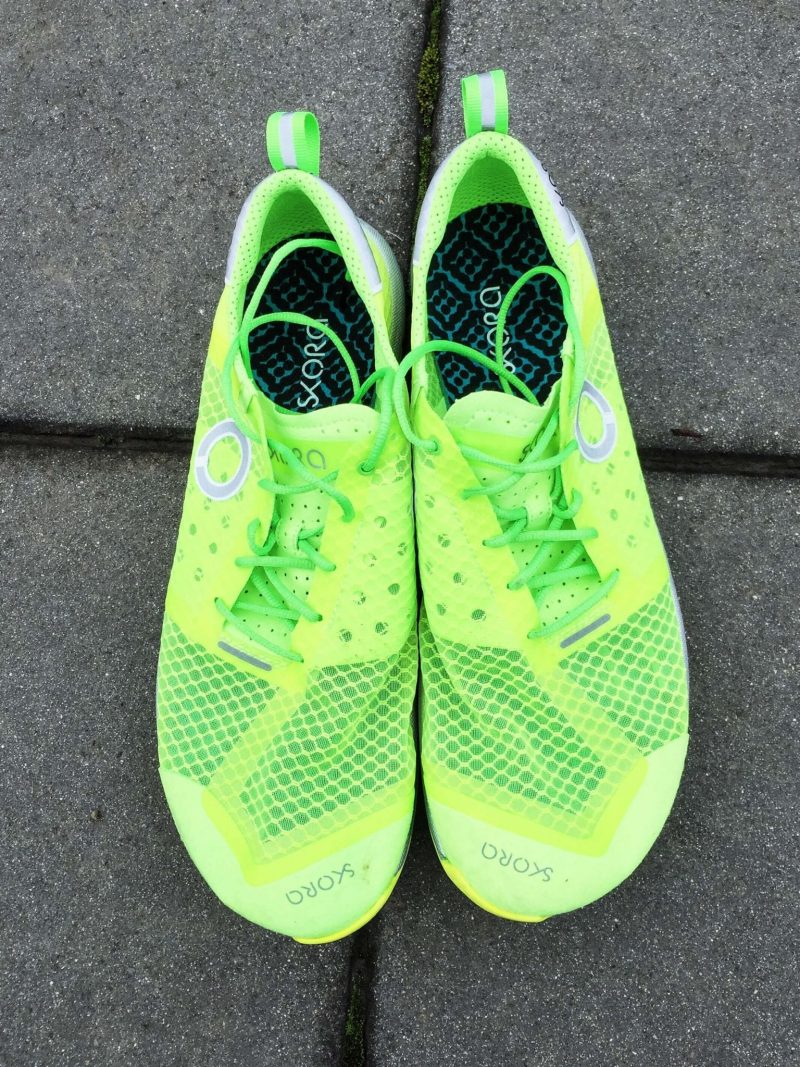 We reviewed the ultra bright Flo yellow version of the Tempo and let’s just say it’s not for everyone and I got plenty of comments, but there were also kind of fun and it drew a lot of interest. The Tempo does come in two other more muted colorways (black and blue), so don’t be dissuaded if you don’t like the yellow-green combo. From a pure design perspective, I would say they fall into the funny looking category, much like an Altra. It has a slightly bulbous toebox, the slightly offset laces, and a very minimalistic design. Again I use the word intentional, but everything on the Tempo feels precise. From the seaming to the outer to the upper to the sole, it looks like quality design.

Running in the tempos

Obviously this is the part that really matters and how they perform should outweigh any problems you have with the look or design. First off, I have said before and I will say it again, there’s a right shoe for everyone. After using the Tempos several times, I found it fit into my training very well in the same places where I put my other minimalist, lightly cushioned, zero drop shoes and that is on the shorter higher intensity days. That being said, there are folks that swear by them for their half marathons, marathon, ultras, and even tris so again this is my experience. The first thing of note is that your legs will suffer in the beginning. This is by design because the whole goal of Skora is to change the way you run, to force you to reevaluate your stride and how you look at running overall. The Tempo does a very good job of this. The lack of cushion and support, and makes you shorten your stride and increase your cadence.

After putting a good chunk of miles on these, I can safely say they have helped me formulate a new running style. I would like more cushioning in the shoe, I’ll admit that. My legs never fully adapted to the the soreness, but I felt the reward from them. I have confined my use to treadmills and for shorter runs, but my style of running has changed because of them.

The biggest thing that I took away from the Skora was from a shoe design and manufacturing perspective in that these things are meant to last. A lot of us are trained to recycle shoes after a few hundred miles because that’s what you’re supposed to do, but the reason for that is because the cushioning in those shoes becomes worn down. That problem doesn’t exist with the Tempo. The shoe holds its value in in that while they will wear down, they also just seem to get better with time. The closest thought I had was the things feel like a baseball glove that I’ve worn a thousand times. They start to adapt to your foot and become really like a second skin. So I find it interesting that a company like Skora I would build a shoe where they essentially put themselves out of business. It says a lot about how strongly they feel about building better runners instead of selling only shoes.

The Skora Tempo is really a one-of-a-kind in the market. It’s a high-quality, long-lasting, well-designed, and precisely manufactured shoe. Skora a has done a lot to improve the way people run and while it may not be for everyone, I found a certain scenario where the Tempo worked well. While it wasn’t in every condition or for every run, I do feel that it helped my stride. This made me a better runner overall and I think in the end that’s really what Skora is trying to do.

The Skora Tempo is available from the Skora website for $129.95.