We were big fans of the first version of the Triumph ISO released last year, so we approached the ISO 2 review with eager anticipation. The first version was a new addition to the Saucony lineup in that it provided a higher level of cushioning then the majority of shoes they offer. We found that this added cushioning was welcome for most mid-level or even recreational runners, but the shoes still remained quite fast, almost uncontrollably so. The good news is it appears the ISO 2 may have changed all that. 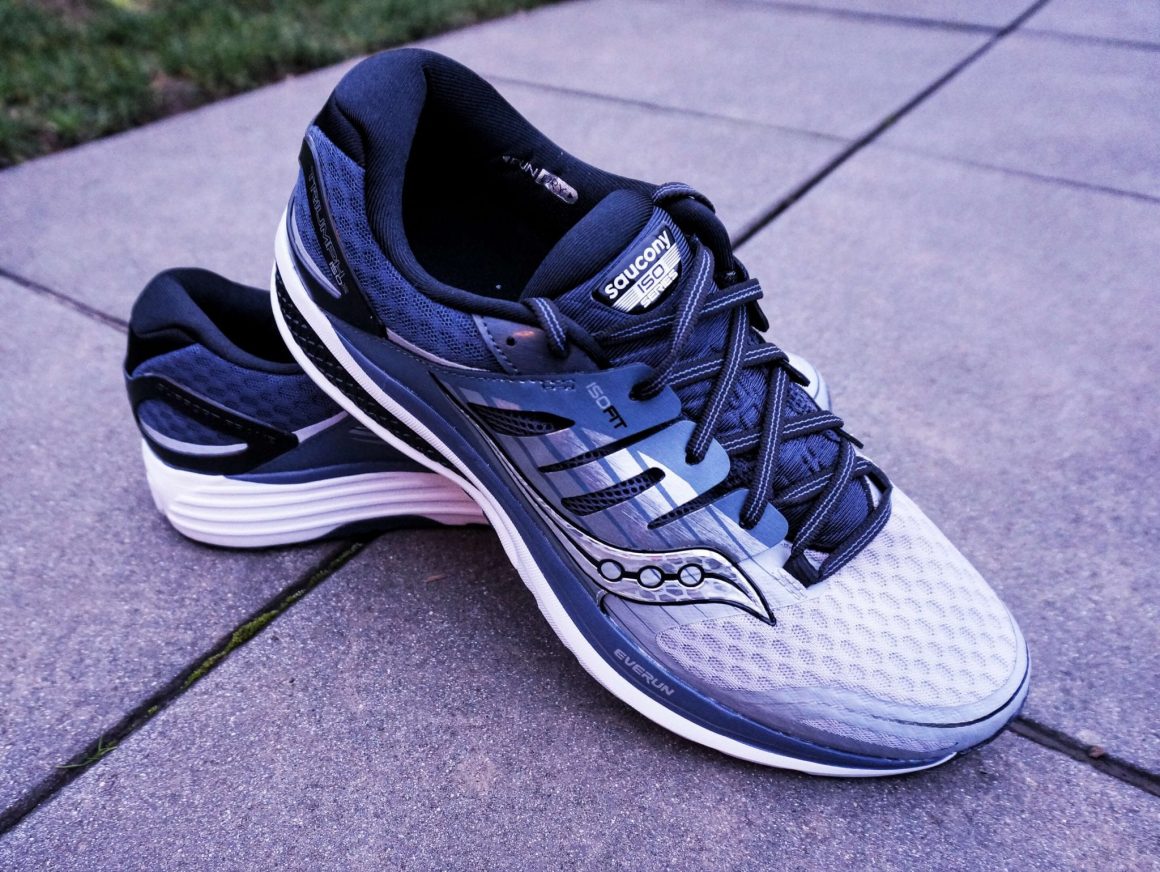 Upon first glance the ISO 2 actually looks starkly different from its predecessor, so we went in hopeful that they addressed some of the issues we noticed with the first. Saucony is obviously well known for producing fast shoes for elite level runners and they are one of those brands that people tend to stick with their entire life. They had never really offered a shoe with a very high level of cushioning until the original Triumph ISO, so to some degree it represented a move into a new market for them. The Triumph ISO 2 has essentially been entirely overhauled and rebuilt into a true maximum cushion shoe.

The biggest change to the upper comes with the addition of the ISOFIT tech. This basically means a much softer inner sleeve made of a breathable mesh, an even more sock like feel, and the introduction of support that holds your foot in place. The tongue has definitely got an increase in padding and the bottom eyelets are welded in an attempt to obviate any lacing related pain at the lower foot flex point. 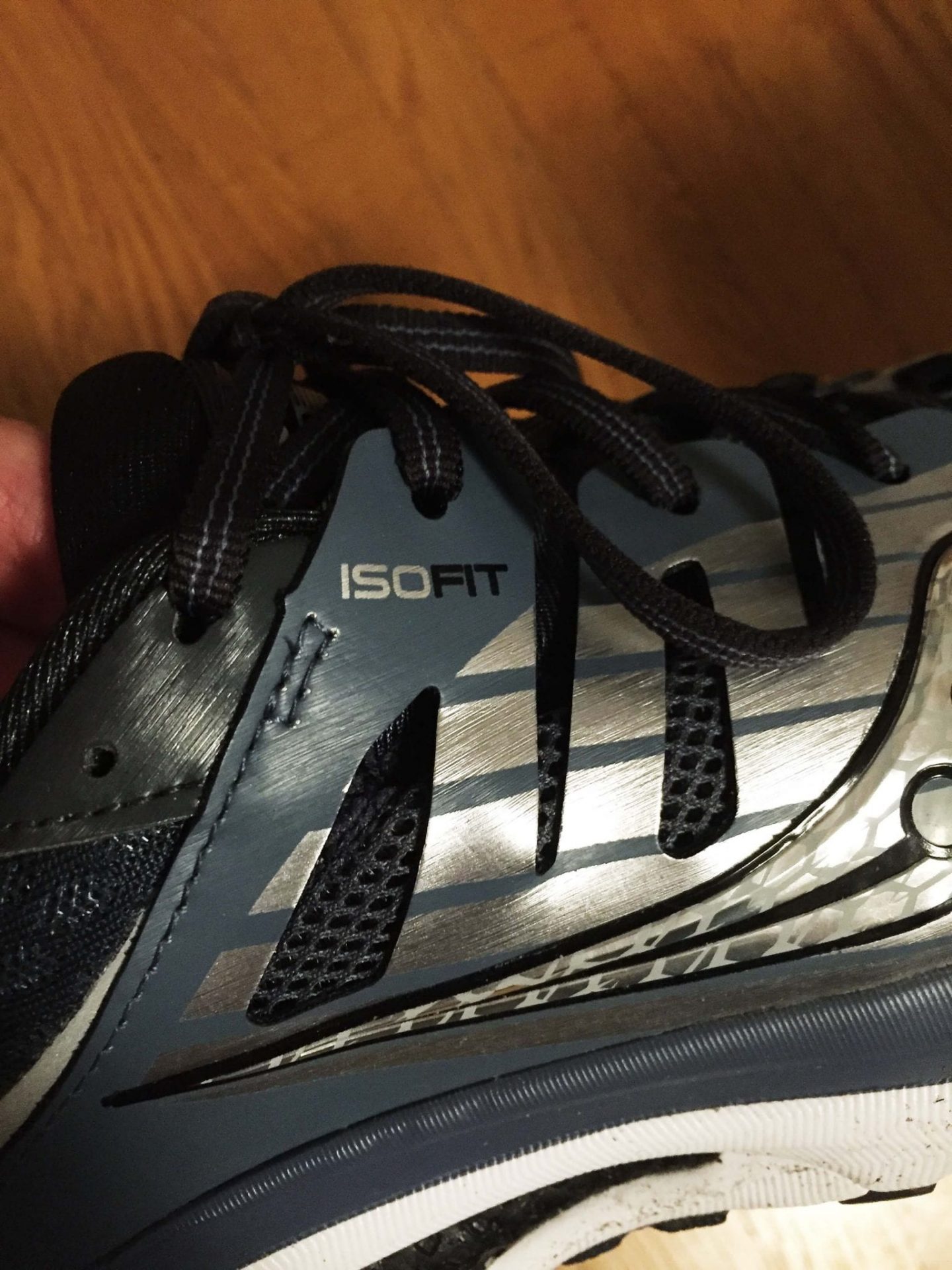 One minor complaint is the lack of change to the toebox size and design. While it is a larger box than others in the market, it still doesn’t provide a extremely high level of toe splay which we at RNW feel is necessary for comfort at distance. Additionally with the new design changes, the toebox now actually feels a little more restrictive than it did before. We realize the toebox issue is specific to manufacturer, but we’d love to see a large brand like Saucony consider stepping away from the traditional running shoe “point”.

The midsole got a makeover as well with the addition of the EVERUN topsole and what they call a “landing zone” in the heel. The EVERUN system is basically a combination of the compression molded insole along with molded urethane foam. Its basically two parts that are sandwiched on top of each other and glued. The one interesting part is that instead of sticking this all over the mid, its primarily focused in two places with the most noticeable being in the heel. You can actually see it from the outside, its that diamond pattern on the exterior heel that looks like its busting out of the shoe. 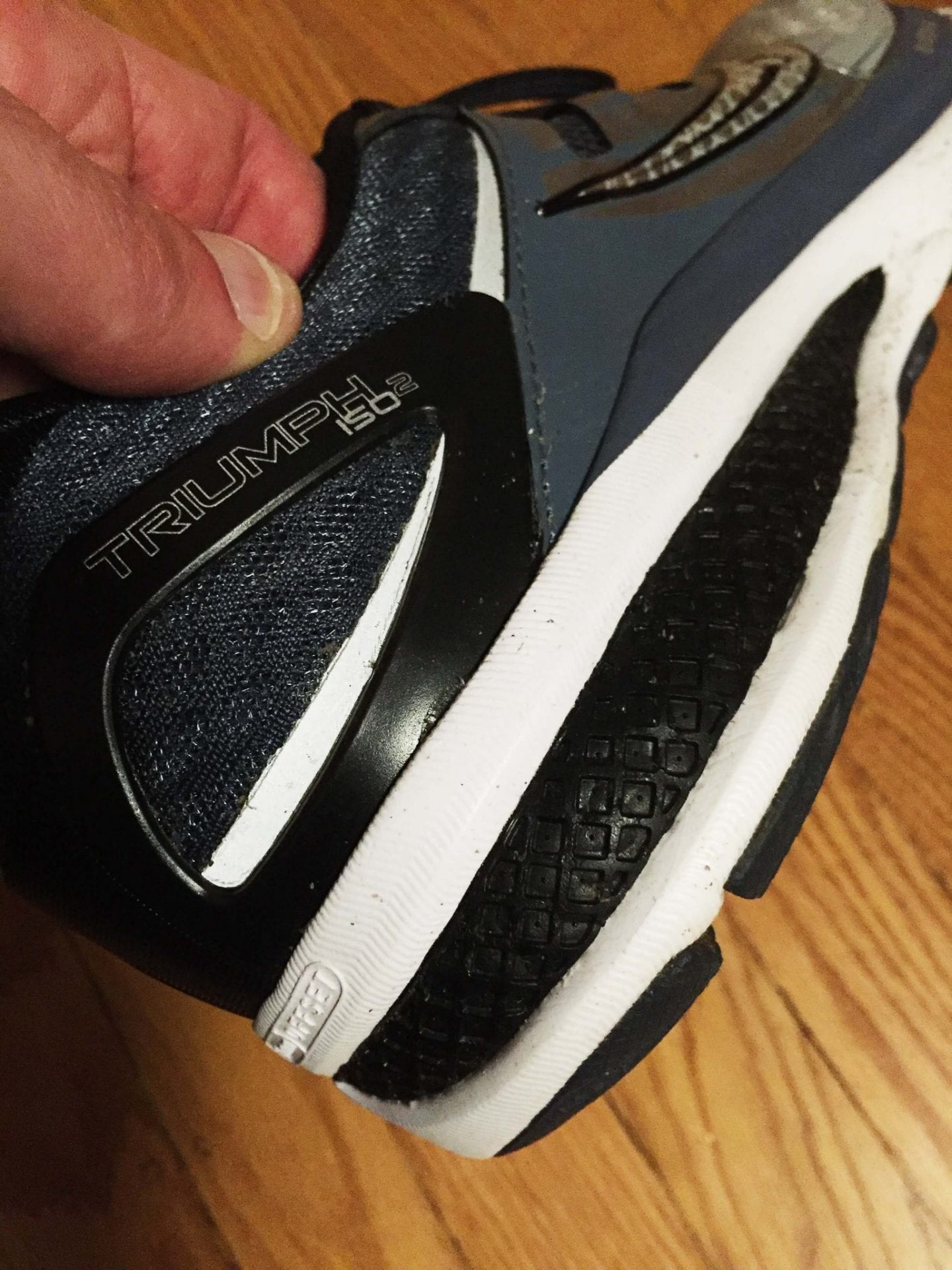 The entire rest of the mid is made of injection blown rubber which is supposed to be 33% lighter and strategically placed for cushioning and responsiveness. The weight piece I question given the overall weight of the shoe as I don’t feel like much is being saved. However, the overall combination of EVERUN and IBR is solid from a performance perspective. 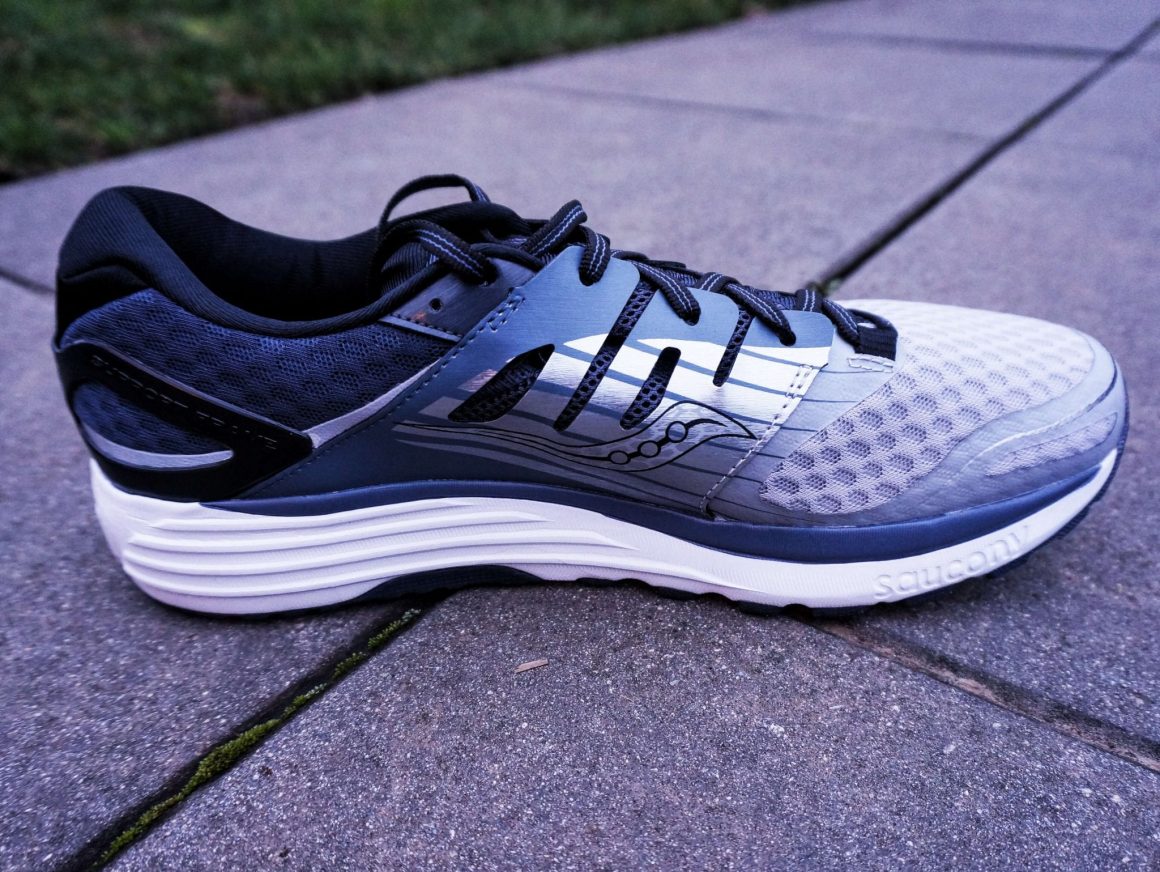 The initial ISO experienced a little bit of softness in the outsole and again Saucony has addressed this with some fairly major changes. From a marketing perspective, they refer to it as Tri-flex and say it offers better ground contact, pressure distribution, and toe off propulsion. I can truly say that hype aside, the noticeable difference is a movement to simplicity. The original ISO had a bunch of stuff going on with grooves and color variations and to some degree seemed more like a visual treatment than performance improvements. Particularly of note, was the odd exposed foam area just in front of the heel on the inside of the foot, behind the arch. 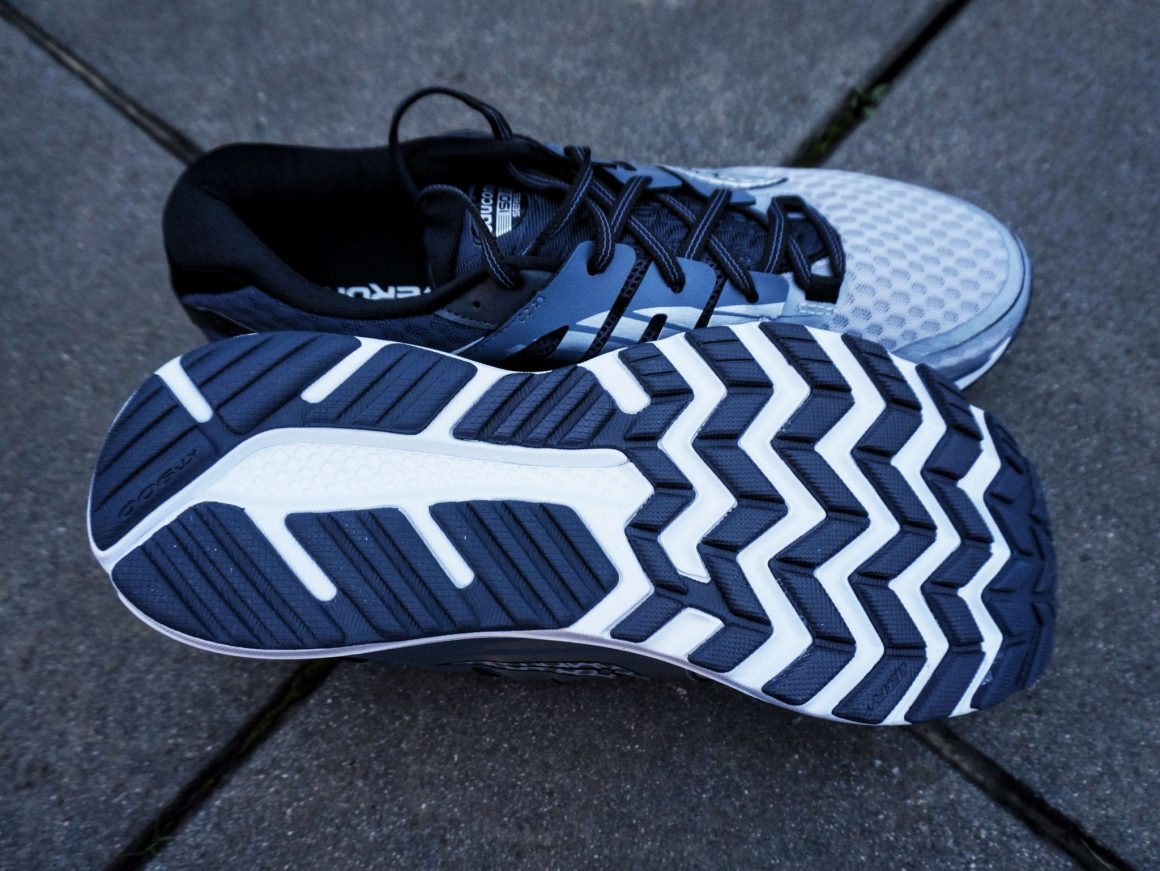 The ISO 2 changes that with what appears to be a more evenly distributed tread pattern which seems to turn into a more consistent level of ground feel and control. That exposed area now has a very stiff piece of rubber in the same place which decreases the flexibility in that spot, but its a welcome addition. That being said, overall there is a decrease in flexibility because the new tread moves laterally at a wider disbursement so some folks won’t love that. Give it a chance though, I actually felt it made my foot do less work that prior which can translate into greater distances.

The Triumph ISO 2 got a bit of a visual makeover this year as well and comes in three color palettes. We tested the Silver/Black which matches some of the apparel in their winter/spring lineup well, but I think the Blue/Silver/Slime combo is my personal favorite and overall the women’s choices are much more appealing. There is a decent amount of diversity in the colorways, so there is pretty much something for everyone. The shoe does not look particularly aggressive or fast, it just has a nice traditional silhouette. It does feel very tech forward visually with stabilization in the heel, the mix of mesh, welds, and synthetics in the upper, and the EVERUN midsole. Definitely a decent looking shoe. 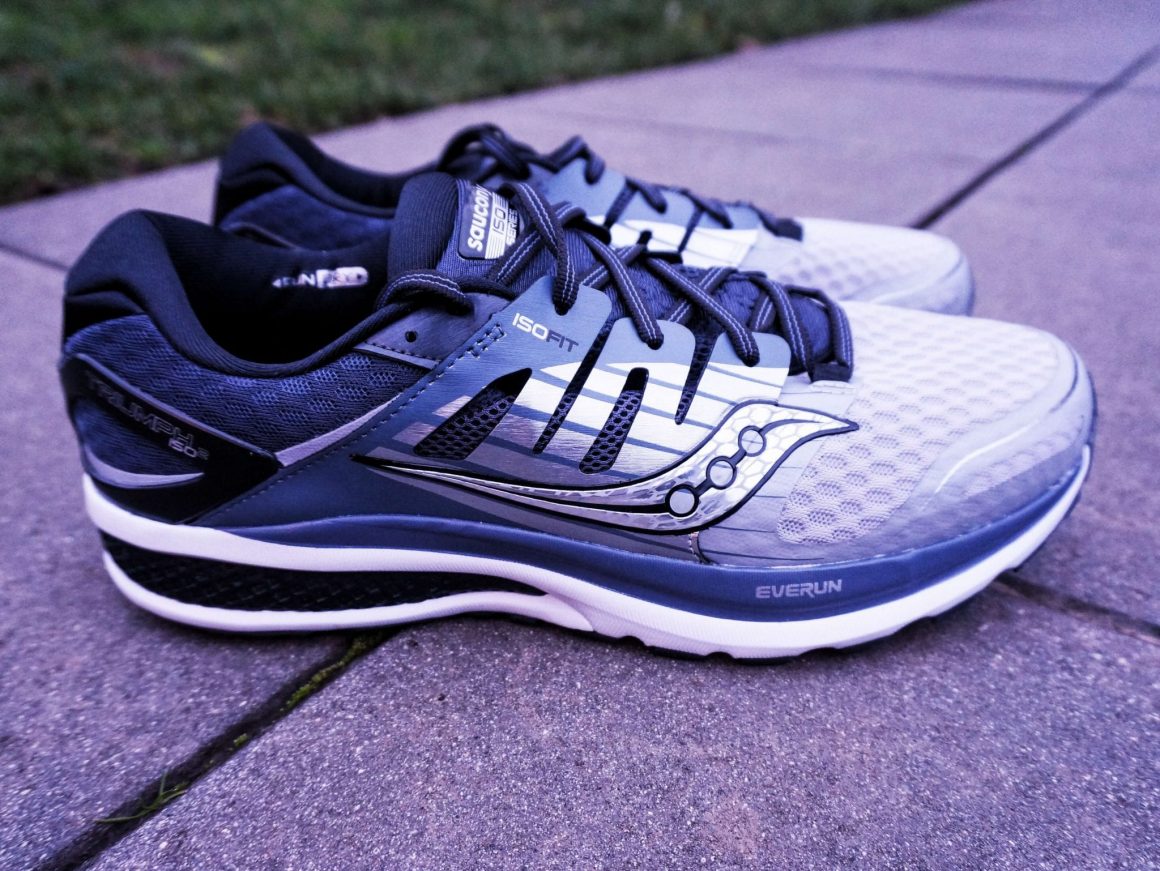 The ISO 2 runs very well and we tested these across varying levels of distance and in varying environments. On short distance runs that are 6 miles or less, they performed very well. You get a strong sense of cushioning throughout your entire run and true to the Saucony name, you still maintain a solid pace throughout. Our complaint with the initial version was around pace control and the improvements made with the ISO 2 seem to resolve the majority of those issues. I didn’t find myself needing to glance down at my watch in order to control my pace which was something very apparent in the initial version. I would say out-of-the-box these aren’t as fast as the original, but I much prefer the level of control these provide and when I wanted to dial it up, the speed was still there. The addition of Everun may have decreased flexibility, but is providing a good amount of control. At distance, I also felt the ISO 2s were quite enjoyable, but I would categorize them as a recreational to mid-level shoe. I don’t necessarily know if I would choose these if I wanted to maintain a strong pace at distance, but from a comfort and performance perspective for a recreational runner, these are a great shoe. I think somethings that would put me over-the-top would be a little lower drop in terms of offset and a wider toebox. Overall fit is really strong and the heelcup holds you well, but that toe actually makes the shoe seem a little long. 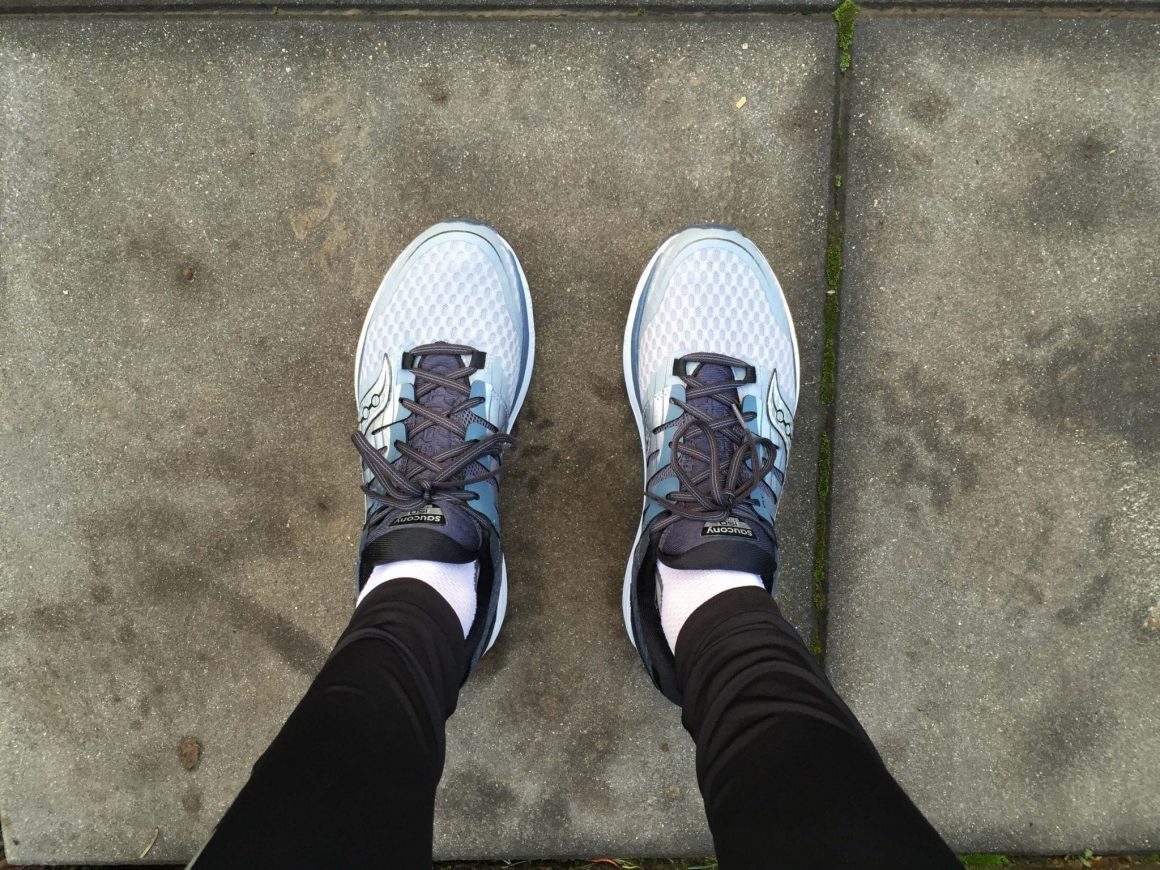 The Saucony Triumph ISO 2 was a pleasure to test overall. The improvements from its predecessor are definitely noticeable and more than welcome. Saucony addressed almost all of our concerns from the initial version and the new version provides you more overall comfort and a higher level of control. Recreational runners who are looking to tackle longer distances will find these to be a welcome change to their current shoe and event experienced runners may enjoy the additional cushion. We have very few negatives to offer and unlike many sequels out there, the Triumph ISO 2 is a very strong second offering.