Today we take a look at the successor to one of the best trail shoes Hoka has ever made, the Challenger ATR. The 2 is out and Hoka has tried to remain committed to the original while also attempting to improve upon the platform. As the lineup grows, they have done a solid job remaining committed to the design that has made them successful and has seen them jump up the ranks within the trail running community.

The upper has seen the biggest changes from the original ATR in that its added a closed mesh upper design which still breaths really well, but protects your foot while on the trail. They did add some really big overlays on top of the mesh and I think this hurts the shoe a bit as you lose a little bit of movement in the upper and it makes it difficult for the foot to relax.

The mid adds another layer of lightweight EVA mixed with an Ortholite insole. Basically its a ton of cushion after starting just below the upper and its just layer after layer of EVA. I do notice that compression of the EVA starts after you get close to 200 miles so something to keep in mind, but I never take my shoes past 300 miles. The heel cup does seem a bit more fitted as well which does hold you in place better.

The Outsole features 4mm lugs for maximum grip on a variety of terrains. Its a 31mm stack with a meta rocker and 5mm offset. The sole is a mix of EVA and the big yellow pieces on the bottom are just additional cushioning in very specific spots. Basically the sole is one of Hoka’s sweet spots and it really is top notch if you like a max cushion shoe.

The Challenger ATR 2 remains true to its aesthetics from last year with just a slightly updated visual that includes a massive Hoka logo on the side. They are available in three color options; for men it’s a navy blue/neon green, bright yellow/gray, and the darker grey version we tested. For women there is a fuchsia and aqua blue (super bright) as well as dark blue/lime combo. 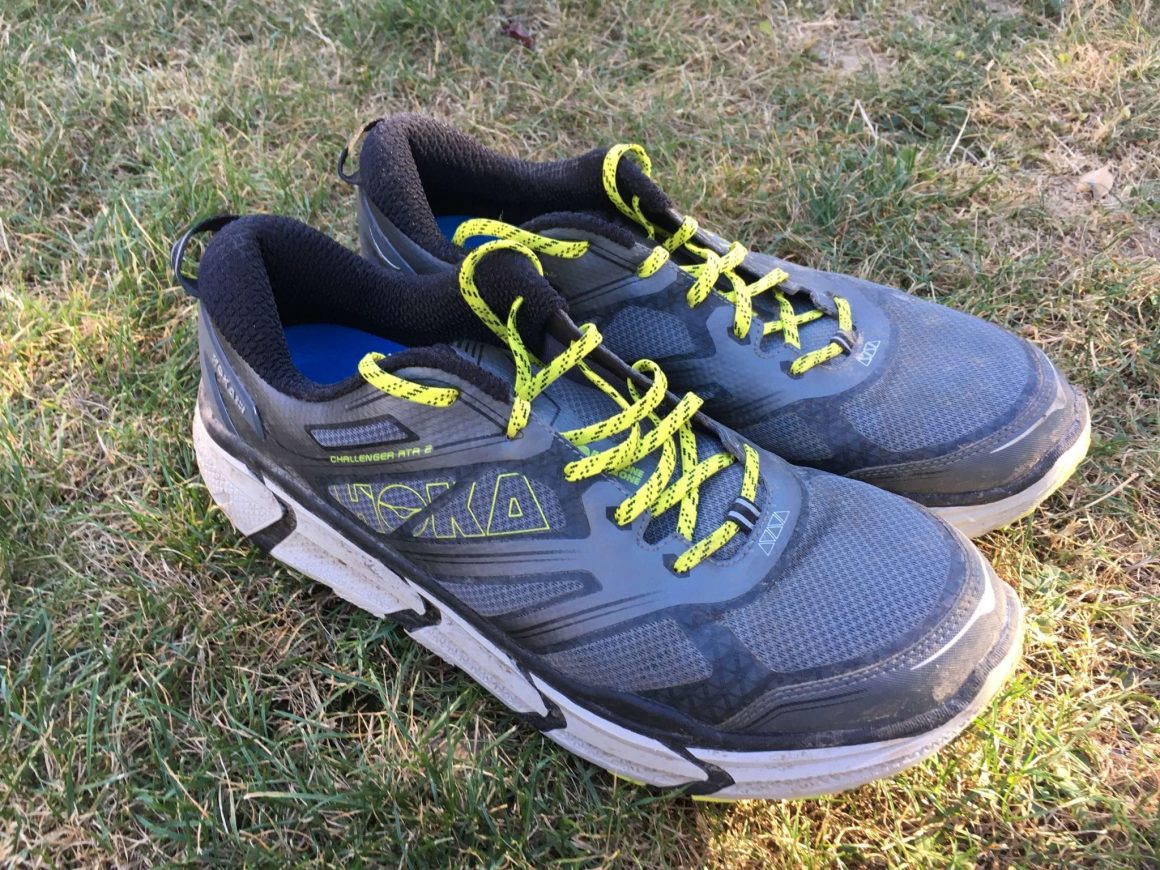 I put a lot of faith into my Hokas now. Unless they vary all that much from a design perspective, I have come to trust the improvements that they claim to have made and I think the Clifton is the one that really got me there. As I talk about the Challenger and this sequel, I find myself in the same place. First off, it’s a lot like the original Challenger ATR. Minor of improvements have of course been made, but for the most part it remains true to its predecessor. I think there are some areas where the original was stronger (toe box and the upper) and then others where this succeeds as well (cushioning).

To show you how much faith I put in Hoka and the Challenger ATR lineup, know that my first run in the new ATR 2 was 23 miles. Literally, out-of-the-box and onto my feet for that entire distance with no blisters, hot spots, or other issues. This is a lot for not only the design of the shoe itself but also Hoka’s ability to retain what was good about the original and attempt to improve upon. It still maintains fantastic ground control and grip across a variety of terrains including hard pack, rocks, wet surfaces, you name it. I’ve taken it through rainstorms as well as hot dry days and never felt that it flinched in any of them. The only minor nitpick I have is that I feel like the shoe itself is gotten a bit narrower which has cut down on toe splay. It might be in my mind, but most have reported the same experience between the Clifton wanted to as well as the ATR wanted to. Again, not sure if this is real, but there’s definitely a slight feeling of instability in some areas and I think it’s the slight narrowing of that toebox particularly on the outer section. My other minor complaint is that the weight has gone up by over an ounce, definitely need to lose that. 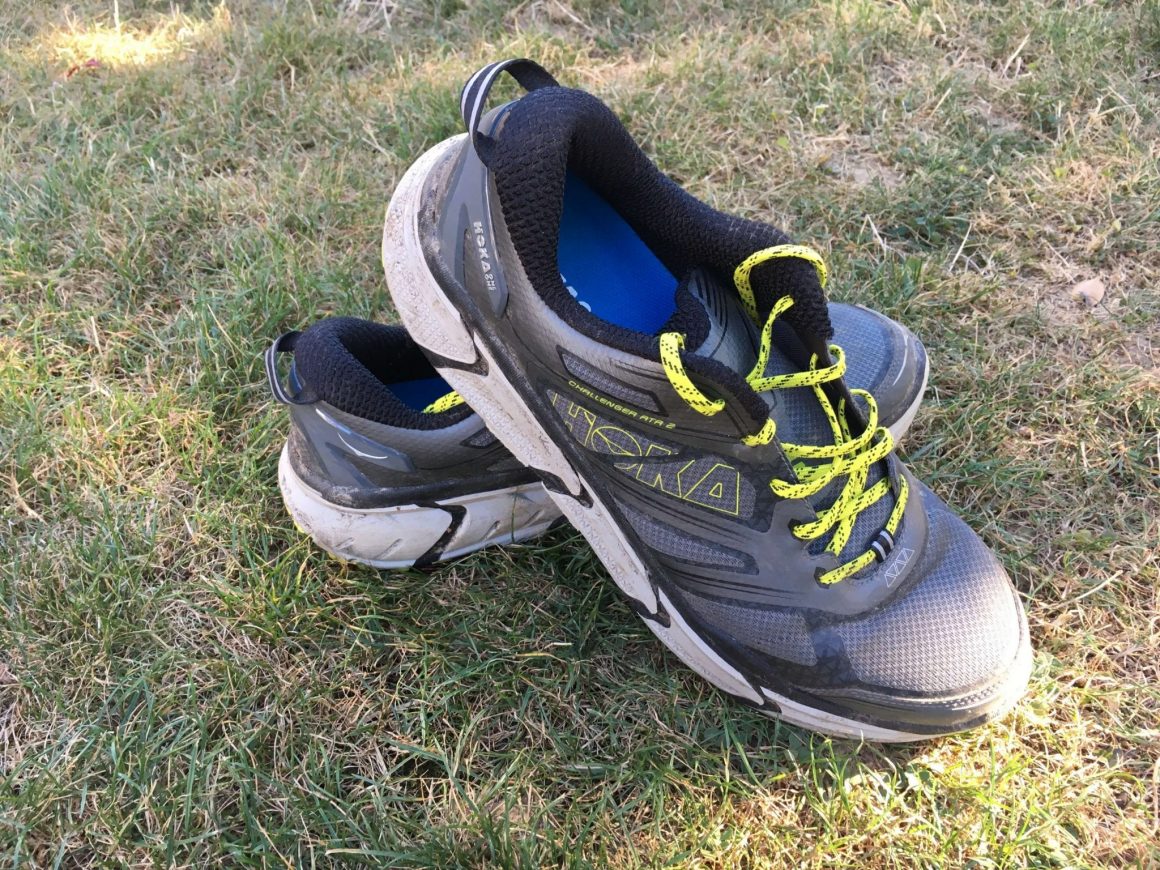 Regardless of my little minor complaints, I still feel the shoes are solid and have put well over 100 miles on them. I gladly wear them on the trails and again feel that the shoe bears a striking resemblance to the original while trying to innovate in terms of materials and design. I wore the original ATRs over 250 miles and have now put over 150 on these. I will fall back to the Speedgoat if I want something a little quicker for shorter, tighter, lower mileage runs, but these are my Swiss Army knife. The design is tried-and-true and keeps you performing over long distances.