Flagship shoes are those models that every big manufacturer has gotten behind for years. The model numbers in some cases range up into the teens as they have released so many versions of it and Brooks is a great example of this. Most folks that know the brand have seen the names Glycerin, Adrenaline, Ghost, etc for quite a while. A few years ago however, they added something new to the lineup which has become a staple model in their neutral road shoe lineup. I am talking of course about the Launch. I am not sure any other shoe from Brooks gets as much press when a new model releases and this years of launch of the 4 has been no different.

We looked at the Launch 3 last year and noted it felt like their big first real commitment to the shoe at the flagship product. The Launch within the Brooks world is recreational neutral road shoe, but designed for those looking for a little more oomph. They of course have shoes like the Hyperion which we covered in our Japan exclusive, but that’s definitely a more aggressive shoe and skews performance. This Launch platform is a mix of moderate cushioning, consumer level offsets, responsiveness, and a lighter weight. It looks different from the rest of the Brooks lineup for the most part and it honestly feels different as well. 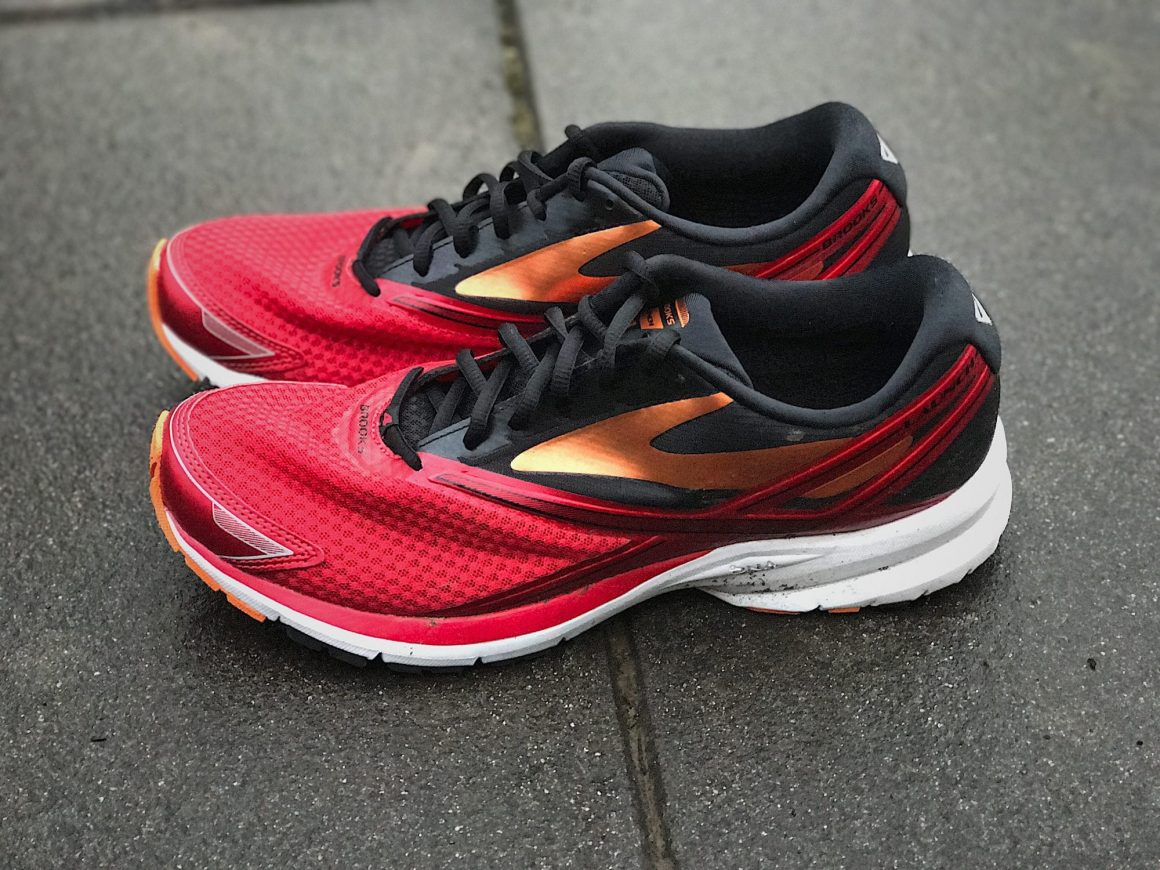 The upper continues to be composed of an Air Mesh Fabric with a 3D print fit. There have been some changes in terms of the use of overlays where on the 3 it used to feel more like the overlays spider webbed the mesh, the overlays are much more clearly used and really none appear on the front of the shoe. There is some seaming around the lace up and toe box, but it’s seamless other than that. It’s all about breathability which it does do well. The 4 also lost almost a full ounce in weight from the 3 so some of it must have come from the upper.

The mid still uses their patented Biomogo DNA Cushioning which is supposed to dynamically adapt as you run, but the big difference in the mid for the 4 comes in the heel. They have added something they call the U-Groove to the heel which is designed to add some additional support without influencing neutral runners. This is definitely a feature added for heel strikers and does help keep you on line if you run that way.

The outsole also hasn’t changed all that much. There is still a mid foot transition zone and segmented pads again designed to allow proper transition to toe off for heel and mid foot strikers. There was blow rubber on the 3, but they have added additional blown rubber under the forefoot on the 4 with the intention of increasing the level of rebound you get, minimizing the work your legs need to do.

The styling has evolved only slightly from last year, with the exception that this year gets a little bolder with a larger overlay logo. They do have just a great mix of color options that really is ahead of most brands on the market. The shoe itself however maintains a very traditional profile. For both men and women, the breadth of choices from a visual perspective is very high and while we tested the red and orange version and quite enjoyed it, I could honestly point to two or three others that I would be very happy with. The Launch for will also get visual updates for all the large races including a koi series for the Tokyo Marathon, and I am sure we will see Boston and New York versions not far behind. 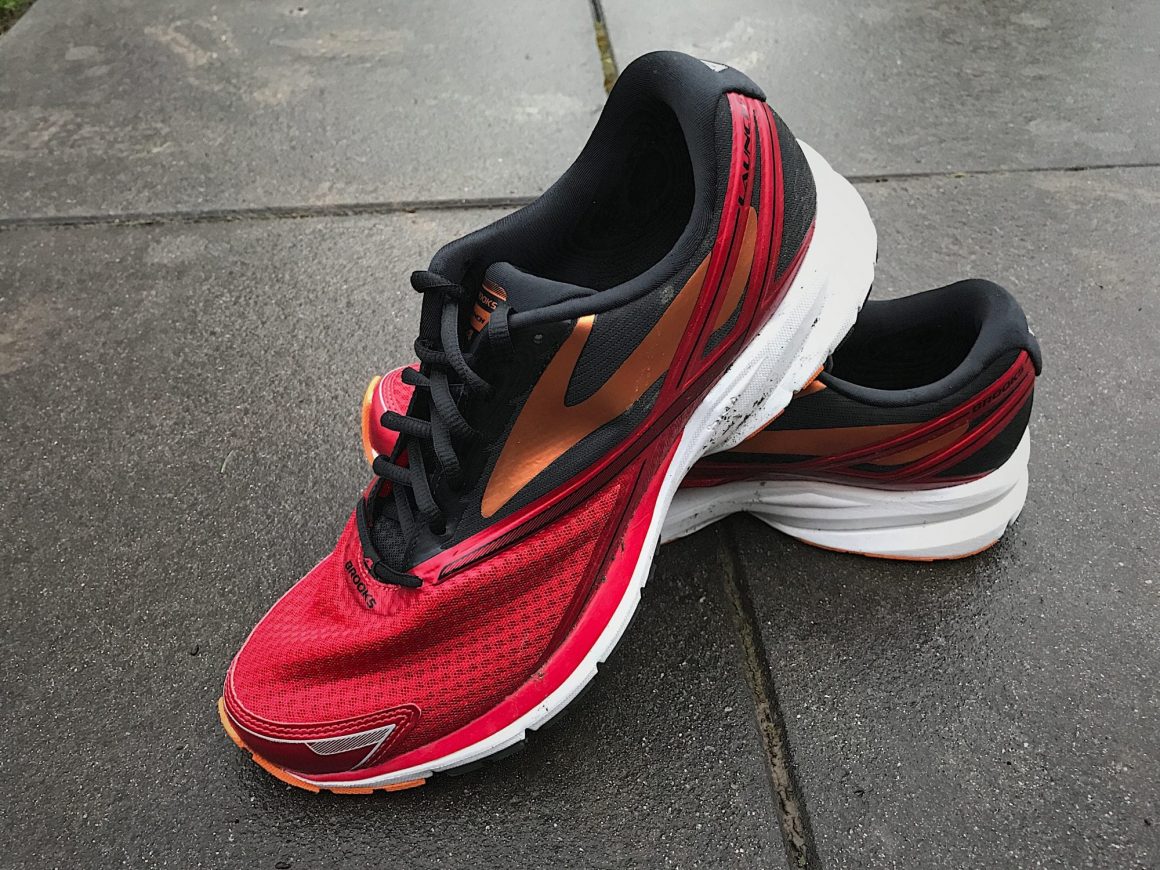 If I go straight head-to-head against the Launch 3, then the improvements to the shoe are minor. There is a bit more responsiveness, a touch of variation in the cushioning itself, but overall it feels very much like the 3. I do find it a little firm at times, but as an aggressive runner it works pretty well. I would say this is the shoe that I would definitely wear for a 10K where I was looking to go quick, but its not my choice for distance. I don’t know that I personally would wear the shoe for anything more than 1/2 marathon as I prefer a touch more cushioning, but there are many people out there who will find this can handle their entire running needs.

I had a chance to run the Launch 4 in the heat as well as the cold and it performs for me much better in warmer climates given the level of breathability. It feels like a great summer shoe option at least for us in the Pacific Northwest. Run wise, it is a solid consumer grade runner. You get a lot of benefits that you might find in a more performance-based shoe paired with an enhanced level of cushioning and control you get from a more recreational runner. In terms of competitive models, the Launch 4 feels the most like the Nike Pegasus. It is a utility level shoe that can handle a plethora of styles of running whether you are a slow-paced heavier runner or a quick-footed lighter runner, the Launch will probably feel okay.

The Launch 4 continues Brooks commitment to the platform showing minor improvements in both styling and performance. It is designed to be a shoe for all things and if you don’t like switching your shoes depending on your planned run, then this might be a great fit. Additionally, if you are running occasionally and keeping it under 10 miles and not looking to go a lot longer, then this is definitely a solid contender for you. If I put the 3 and 4 on side by side while they look visually different, the feel is very similar so if you liked the 3 and are ready for an upgrade then take a look!