There is a growing movement in the running shoe industry and we are seeing more and more manufacturers jump on board, the trend is knit based uppers. Today we are talking specifically about the Altra Escalante. This is their first foray into the area and they have gone extreme with it, where others are still including overlays and structural elements to the upper in addition, this thing is 100% engineered knit. I had some real concerns at first, but man they turned out to be a lot of fun. 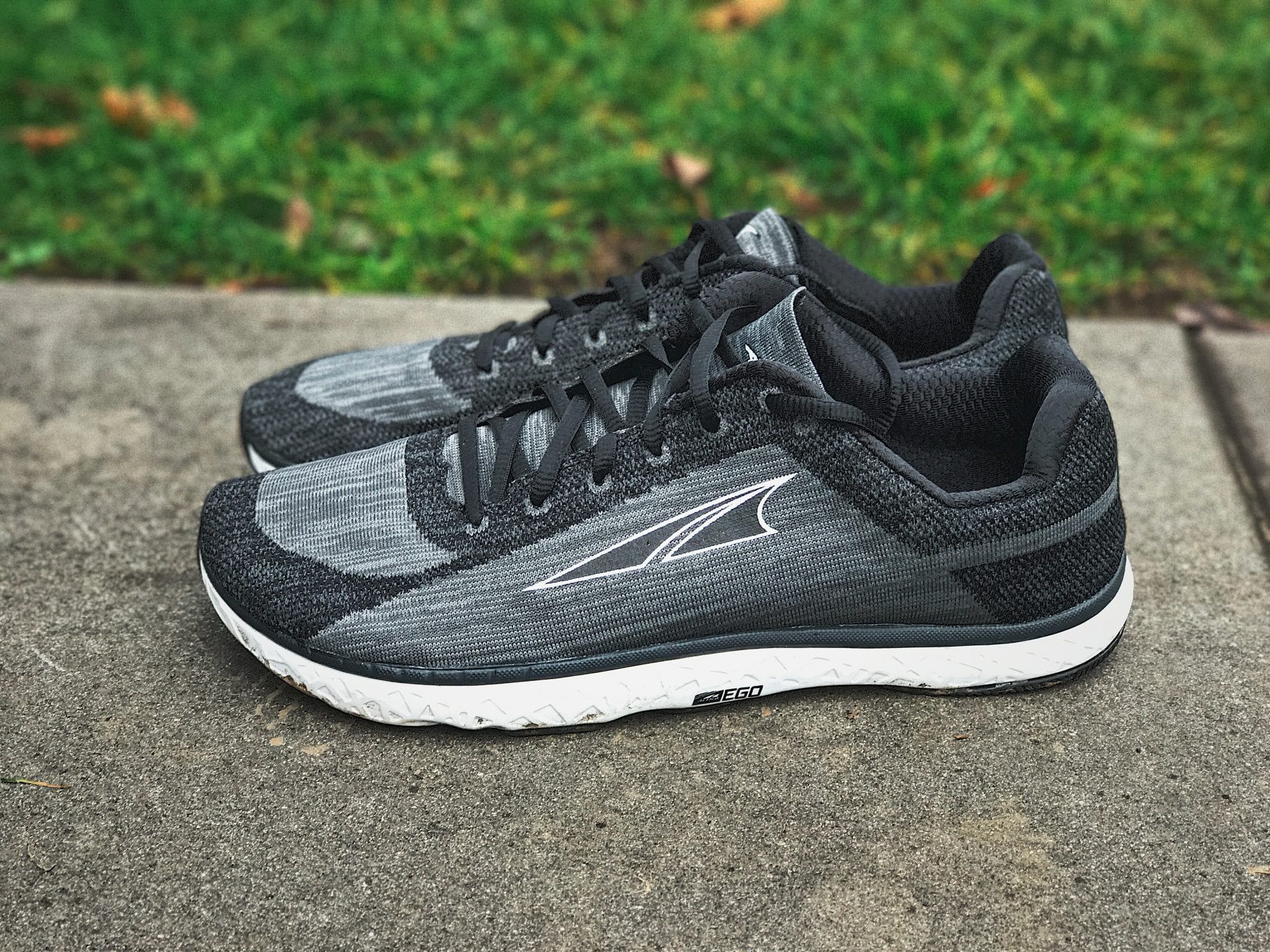 This kind of goes without saying, but the upper is 100% engineered knit. The interesting part here is that there is really nothing else on the upper. Many other manufacturers are supplementing their newer uppers with specifically placed overlays or internal structural supports. There is nothing on this and this leads me to the one major drawback I noticed. The Escalante can get really loose after lace up, in fact it’s almost impossible to really bear down on the the lace-up and expect it to stay at that point throughout the the run (unless you lace lock with the top eyelet). If they were to put some simple overlays around the eyelets, then it should provide better hold.

The midsole on the Escalante uses their new EGO technology. Essentially what this is supposed to do is provide more responsiveness at lighter cushioned levels. I did find these reminiscent of the Altra One and less like the Torin, but Altra classes it like the Torin as a Moderate Cushion shoe and it does have a 25mm stack height. I honestly loved the responsiveness, but wary of the cushioning commentary.

The Escalante maintains its use of all existing Altra technologies like a having FootShape toe box, Zero Drop, and FootPods, but the interesting part is the new contact point layout. It looks like an actual barefoot which is interesting because it speaks very much to how the shoe actually feels when running.

The styling on these is very very simple and they have three solid block color ways available for men and women. It is definitely not as flashy as your typical Altra, but instead this is a shoe you could wear with jeans and it would probably look decent. The knit after all basically has to be painted to be styled, so sticking with simplicity paid off. The one downfall of going knit is the fact the shoe really starts to look less like a running shoe and more like an everyday shoe and sometimes people get really caught up in this. In the Escalante’s case, looks can be deceiving and while it looks simple and casual it can be just as quick and responsive as anything out there.

The Escalante is something new for Altra and with that there is definitely some education needed for consumers. Putting the hardcore tech of the shoe aside, lets just address that new upper and new mid material. The knit is probably going to be more comfortable than anything you have ever tried in a running shoe, it essentially fits you like a sock. That can be a little disconcerting though because it lacks stability, control, and structure so those first few miles might feel a little…. weird? Where welded overlays and structural features are usually added to help this, Altra went all in which essentially means your foot does all this work. Trust me though it gets better. 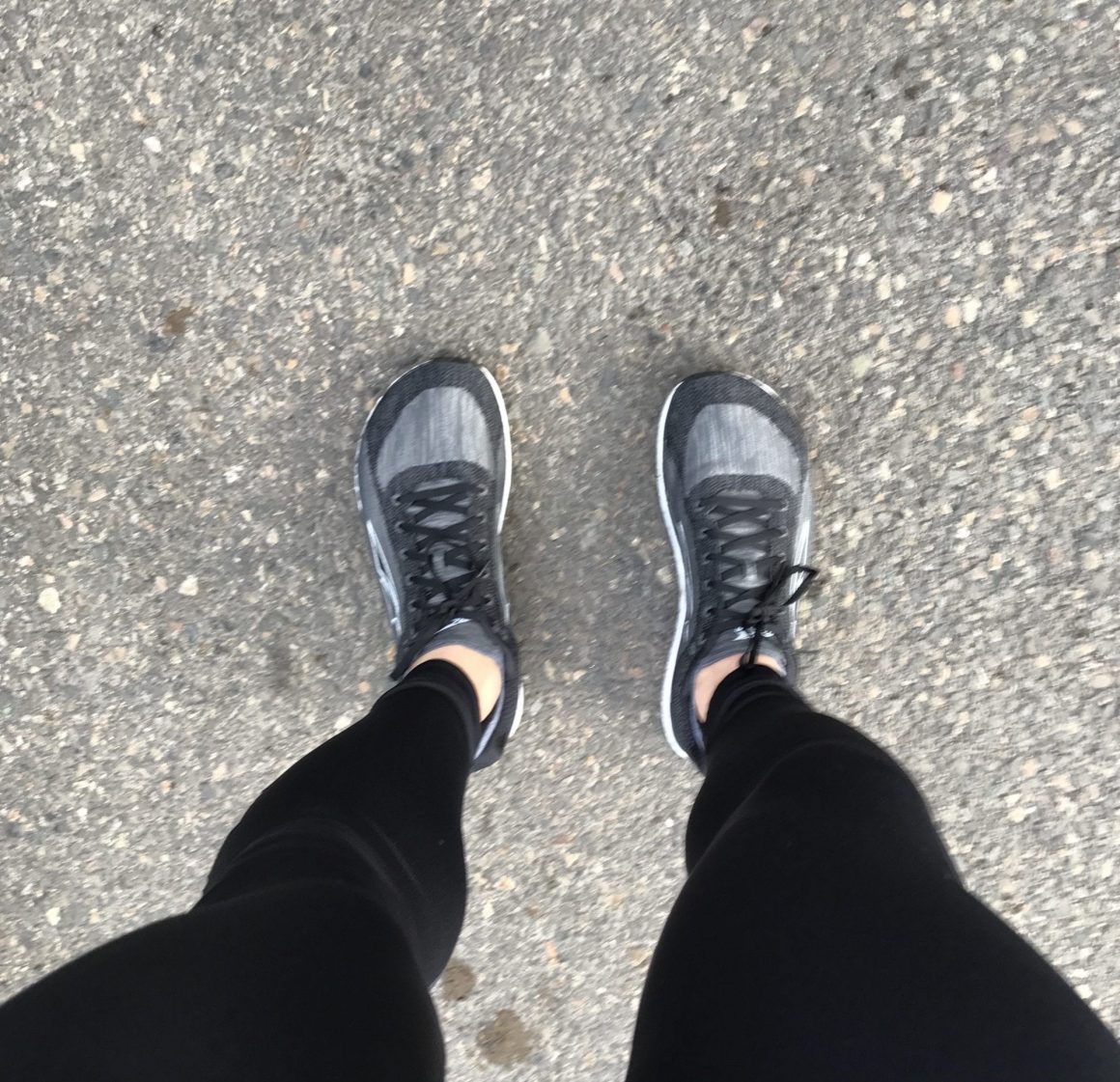 So when should you run in these you might be thinking, given their lack of structure and profile. The answer is really everywhere and anytime. I was freaked going long in these the first few times, but then I just went longer and faster and didn’t notice it. The shoes were super flexible and comfy and responded so well. I could dial them up or down at will and they reacted perfectly. I have put some decent miles on these now and the only complaint I really have is when you lace up. They just feel a little loose right there at the beginning and while you get accustomed to this over the run, it’s an odd sensation. You can lace lock them to get them to stay, but not my preference. I feel like a slight modification to the design could probably resolve this. You also get a lot of side to side rotation, so this is not a shoe for quick turns, but for long straight ones it works just fine.

I was going to stop here, but just ran these in the Portland Shamrock Half and hadn’t planned to. The night before I thought why not, let’s go for it under race conditions and see how they respond. Now for those that don’t now Shamrock, it is basically a 7 mile up and then a 6 mile down and the elevation is decent. The Escalante did beautifully and not only did I PR, running almost 7 minute splits on average, but my feet felt great afterwards. I will definitely keep these in the lineup.

The Altra Escalante really blew me away and I was really prepared to not like them. I mean it broke everything that I loved in shoes like the Torin and Paradigm with a new midsole and the knit upper and different can be scary. In this case, the Escalante paid off and I am happy to say that aside from some minor nitpicks with lacing and the basic styling, the shoe performed really well for me.