​Okay, before you continue reading this review let’s check those Skechers related reservations at the door. We’ve just finished our second season looking at the Skechers Performance line and as you will see with the GOmeb Razor and the GOrun 5, you need to check them out. People see the brand name and immediately think discount or something their parent or grandparent might wear, but they should instead see names like Meb Keflezighi and Kara Goucher who left other manufacturers and really helped create this Performance lineup. I’m going to get off my soapbox now, so let’s move into our review of the GOmeb Razor. 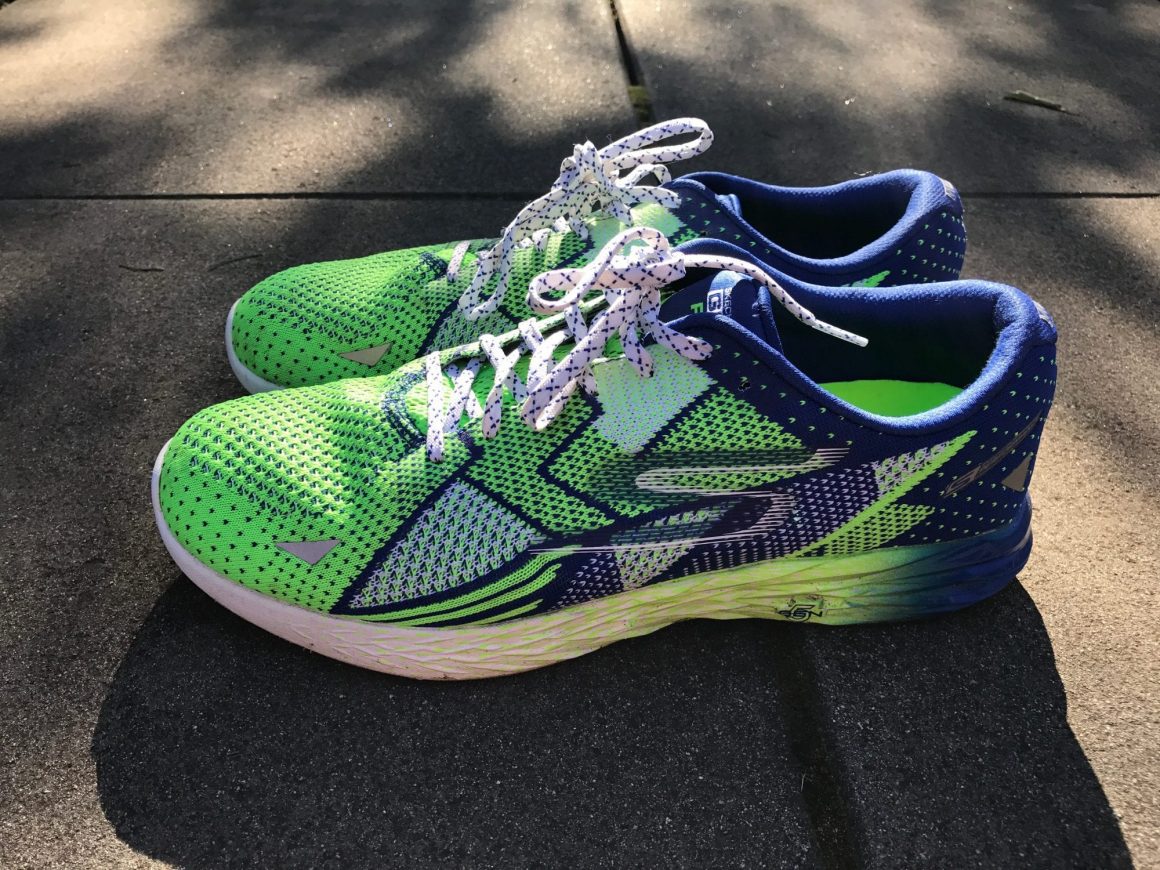 The upper on the GOmeb is really almost seamless and visually you will be hard pressed to find one. This is because the shoes features an entirely knit upper (GO KNIT) which means the out of the box feel is comfortable and breathable. They used a multi-density thread in certain areas which acts similarly to an overlay providing you some additional structure. The tongue is very thin and the laces have an almost waxy feel, but they never come undone. The eyelets are also knit and reinforced as well. The shoe also uses a molded heel counter which really locks you down and suppresses any heel float. On the negative side, they do have a pucker issue on the GOmeb when you need to pull it tighter (for narrow feet). Over time, you will start to see a little bunching which you really can’t get rid of which might just annoy you.

The shoe uses Skechers 5GEN cushioning system which is their spin on EVA. It is supposed to provide a comfortable ride while also remaining responsive throughout. It feels good, remains comfortable at distance, and doesn’t give over time. I was really happy with it, felt similar to last year’s and the closest tech to it is probably something like Nike’s Lunarlon.

The outsole has a large amount of blown rubber from the toebox to the mid and then along the lateral edge around the heel. The medial arch and heel area are exposed midsole, so this shoe is really a mid to forefoot runner’s dream. If you are a heel striker, then I would expect a reduction in traction. The idea is you save a little weight, but still have the proper contact point. Just note that the arch area and the area under the rubber will wear quickly.

The GOmeb Razor comes in 4 colorways (green/blue, black/red, black, blue/orange) and honestly, there is something for everyone. I tested the lime green and purplish-blue and I honestly quite liked it, definitely a conversation starter. If thats a little too vivid for you, then the all black or red black combo might be more to your liking. It is a very striking shoe overall, but the profile and design still
feels authentic to running. 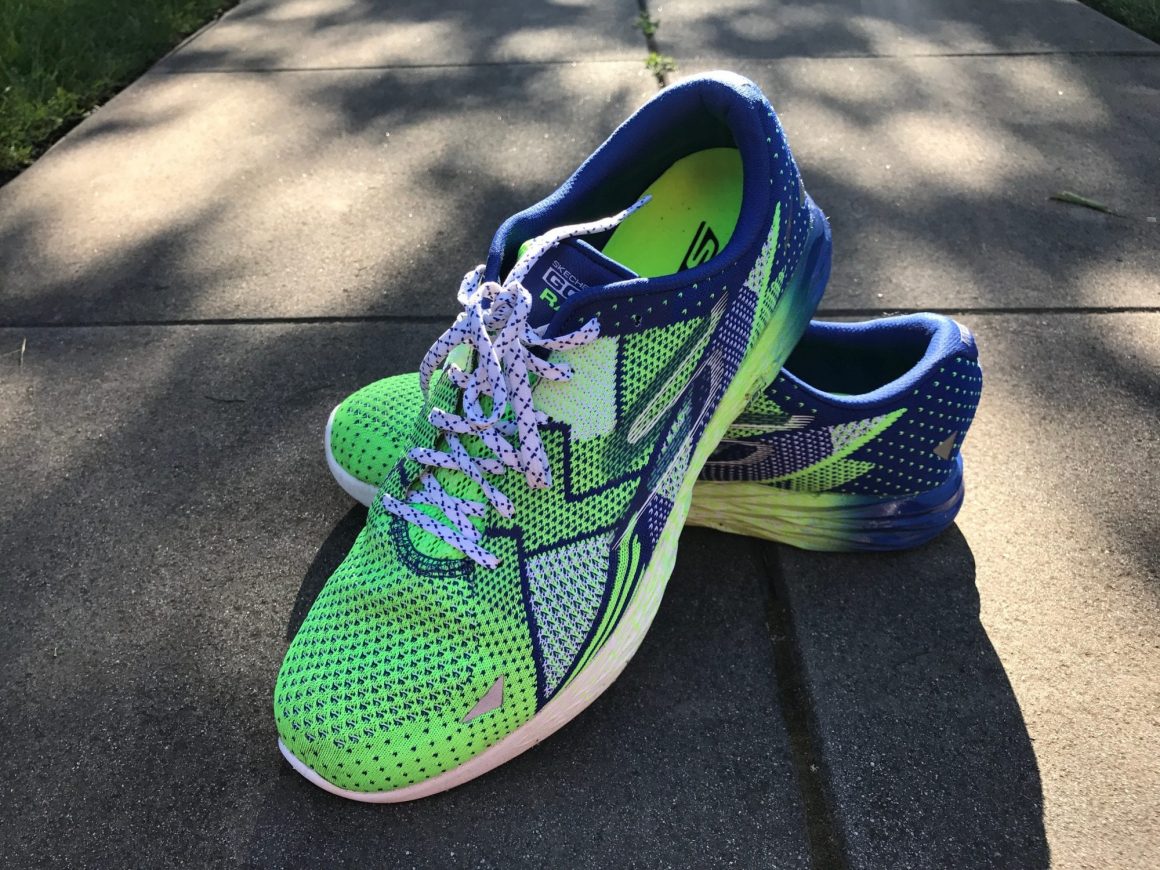 I am really loving the move toward knit shoes, but also I am always wary of the lack of structure in these uppers. I don’t necessarily want to run in a sock that has cushion, but instead want something that breaths well, breaks in quickly and still has some support to it. The GOmeb Razor does a really good job of this, probably better than the GOrun 5 making this a solid everyday runner.

My first runs were straight out of the box into distance. I put them on my feet, they felt great, so I just went for it. The first few runs were all in the 7 to 9 mile range and aside from getting adjusted to the 4mm drop, things felt fantastic. They felt light under foot, my pace had increased, and overall my legs were really happy. The 5GEN mid does seem to be fairly responsive and as my distances increased, I found the performance to be consistent. Honestly, aside from that little nitpick on the upper puckering when you pull them tight… they performed really well.

I am going to say it again because it bears repeating, but Skechers has something here. They do have a hill to climb in the running community, but if consumers can put their pre-conceived notions aside then they will be presently surprised. The GOmeb Razor is a really solid shoe and stands toe to toe with anything the larger manufacturers are putting out there. So give it a run if you get the chance, you never know.