The Peregrine is a flagship in Saucony’s lineup when it comes to trail shoes. They are aggressive visually and when you share out in the wild, you will probably notice more than you can count. This yea Saucony has introduced some competitors in the form of their KOA lineup, but I was still excited to see what this year’s Peregrine had in store for us.

The upper on the Peregrine 7 features an all new TPU based exoskeleton which provides additional support and a layer of protection for the foot as well. The collar has their RUNDRY lining, so any water that does get down in there repels fairly well. However, the shoe itself doesn’t handle water well as it’s not waterproof. Saucony has also added external heel support which holds you in place much better. My biggest issue here is the toe box, probably the most pointy I have seen and while you get width across the toes themselves, it immediately transitions inward.

Saucony has been on a tear with their EVERUN technology adding it to their entire lineup and the Peregrine 7 got the treatment as well. EVERUN has now been added to the topsole which provides more overall responsiveness as well as some additional cushion.

The outsole on the Peregrine 7 is pretty insane from a visual perspective, but it translates well to performance. The lug system is hardcore and aggressive to say the least featuring their PWRTRAC design with more grip. On the trail, this means tracking on a dime because they act like a claw gripping everything you run through.

The Peregrine 7 comes in 3 color options for men and women and these things look pretty killer. They are a little flashy, but really just super aggressive overall. These things visually look like they could climb a mountain without you. 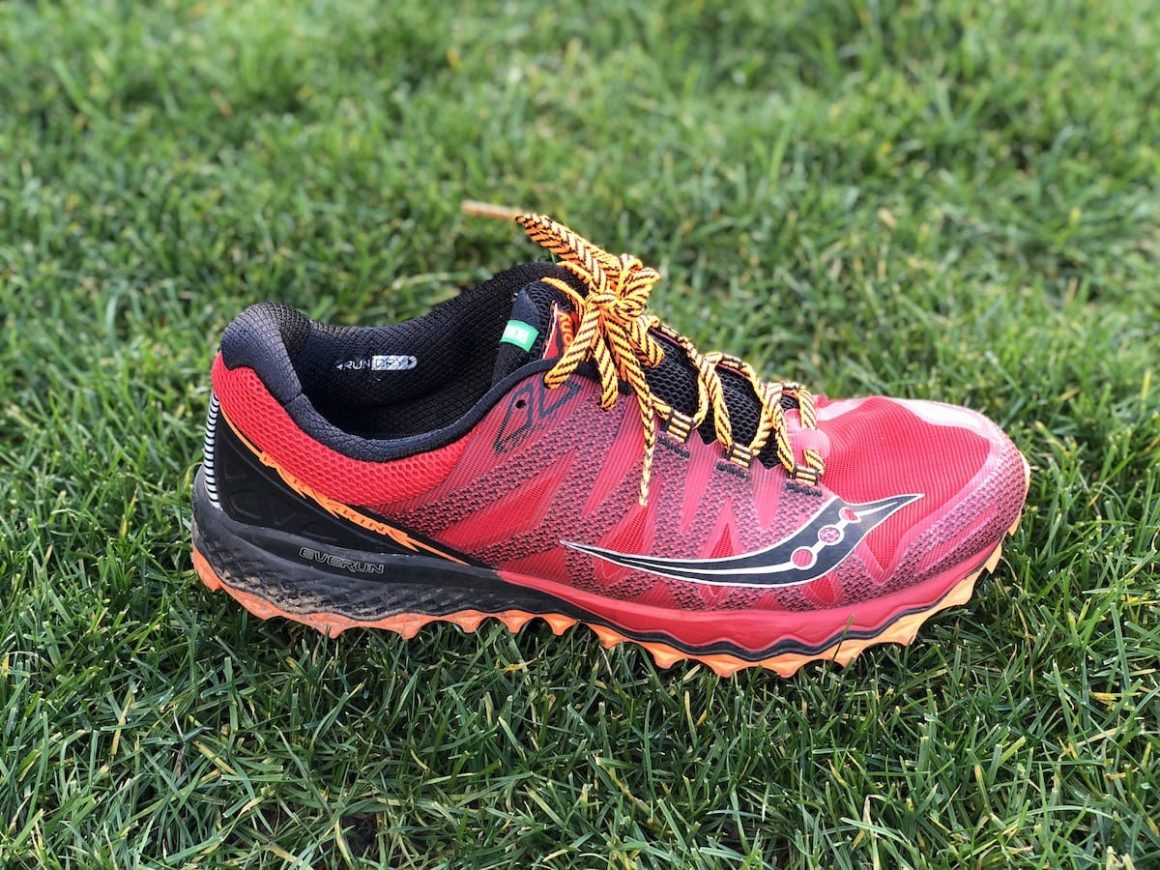 Running in the Peregrine 7s is honestly a lot of fun. They have a bit of weight on them which I don’t love, but the extra protection makes up for it. The reason why there fun is really because they track so well. They can handle mud, rain, gravel, dry trails, you name it really and actually the more debris you throw at them, the better they perform.

The only drawback I found was going for distance in these. With only a 4mm drop, the pointy toe box, and heavy traction the Peregrine are made for racing. I just can’t seem to get comfortable enough once I cross into the teens to keep going in them unless I really back off the speed. Others will be really bothered by this because they just love the platform, but I would challenge them to try the KOA lineup and compare. It’s a really interesting contrast.

The Peregrine 7s are a beast on the trail, they track like nobody’s business and the grip is second to none. My only concerns come in the toe box design and the overall comfort level at distance. Saucony has definitely improved the platform overall, but with the addition of the new KOA models the Peregrine platform may get a run for its money.