Let’s start this off with some real honesty, Skechers gets no respect when it comes to performance running, and it’s totally unjustified. There, we said it. They have been cranking out shoes that are lighter weight and more responsive than many other brands for the last few years and every year, they just get better and better. There does tend to be little quirks, primarily in the upper design, but overall they continue to improve. This has never been more true than with the GOrun Ride which is really their flagship and this is the latest version, the 7.

The upper on the GOrun Ride 7 is full knit with an almost seamless design. The seams show up as a lot of extra material around the eyelets which provides support for the lacing system without over-pulling on the knit, feels like a durability enhancement. There are reflective elements to the upper which is nice as well. The collar and tongue are well padded and the tongue itself is gusseted which keeps it in place and prevents any float. Lastly, there is a pull tab which should make it easier for on and off.

The midsole on the Ride is composed of Skecher’s own ultra-lightweight responsive FLIGHT GEN™ cushioning, a custom EVA blend specific to them. This is designed to provide both cushion as well as responsiveness and the addition of a mid-foot strike zone is designed to help with turnover and promote longer run efficiency.

The outsole remains pretty cut and dry, it is designed to be high traction with multiple contact points and tracks well. There is no noticed deterioration even after 100+ miles on them which says quite a lot.

The GOrun Ride 7 comes in five colors for men and women. The number of colors and the colors themselves seem to switch quite a bit, but this is where Skechers struggles typically. There is just something about the style that lacks a premium nature which is disappointing. It is difficult to put your finger on it, but the quality of the materials is not reflected in the aesthetic. 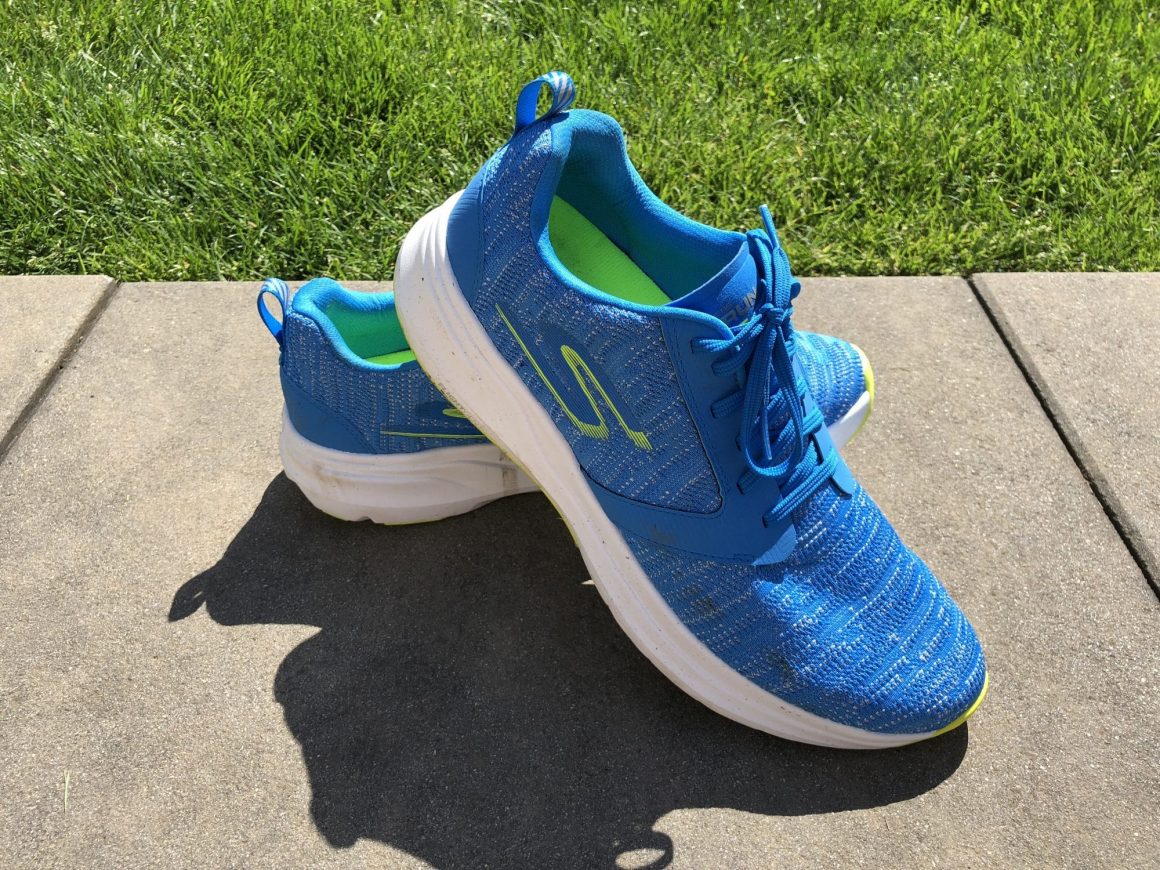 Out of the box, the GOrun ride 7s fit like a glove which for some is both good and bad. These things hug your foot tightly holding you in place really well, but you don’t get a lot of toe splay or movement of the foot overall. Wider feet will not appreciate this, but narrower and normal widths will enjoy this a bit more. The look is also something that is debatable as we mentioned in the aesthetics section, more the color and look than the body style itself.

In run, it is clear these are designed to help with performance. The responsiveness is clear within only a few feet, but it’s not entirely aggressive like some others. They are easy to dial-up and yet, you can also settle into them and let the shoe do it’s thing. We actually had some general amazement around how well the shoes ran compared to what people expected. The biggest negative was around that upper fit and the general feeling it was a little too tight, but again.. very case by case.

So whether it was a shorter 5-10k or even a longer run in the upper teens or 20s, the GOrun Ride 7 got after it fairly well, it was very versatile and controllable.

We continue to hear from people who doubted the Skechers Performance lineup prior, yet made the leap. The GOrun Ride lineup was one of those gateway platforms and the 7 is just another step in the right direction. From the full knit upper to the responsiveness to their lightweight, Skechers continues to deliver an improved platform. So give them a shot, when it comes to lower priced performance oriented runners, you would be hard pressed to find better.

HOKA ONE ONE Mach 4 Review