Some brands seem to have mastered the equation when it comes to the creation of loyal followers, never has this been more true than with Newton. People who are loyalists swear by them, they know all about Newton’s patented POP technology and probably their specific number as well. We looked at the Fate 2 last year, so we were excited to look at the latest update… the Fate 3.

The Fate 3 features an open weave technical and breathable mesh design. There are minimally implemented no sew overlays including new metatarsal stretch panels. The shoe is also designed to be reflective from 360 degrees. That being said, it doesn’t necessarily look all the much different from the 2. Side by side you would be hard pressed to say its a full redesign, but this is good… I just might view it as a 2.5 instead of a 3.

Continuining on the trend, the midsole uses the patented Newton POP2 platform, which features 5 lugs on the front third of the shoe. These lugs should aid in forefoot toe off and propulsion. It’s basically a built-in trainer helping heel and mid foot strikers meet faster off the toe while also remaining beneficial to forefoot strikers as well.

The outsole hasn’t changed much either and is composed of durable rubber lugs. The Newton is an interesting one because the mid and outsole are very much one because the technology is pervasive across the segments. This is a mirror image to the Fate 2, but again this is a good thing.

The Fate 3 comes in the green colorway we tested plus custom editions for Kona, Chicago, and NYC. The green is fun, but totally loving all the race specific editions. The POP lugs are quirky, but not in a Hoka or Altra way. It still has the profile of your stereotypical running shoe, with albeit a slight spin. 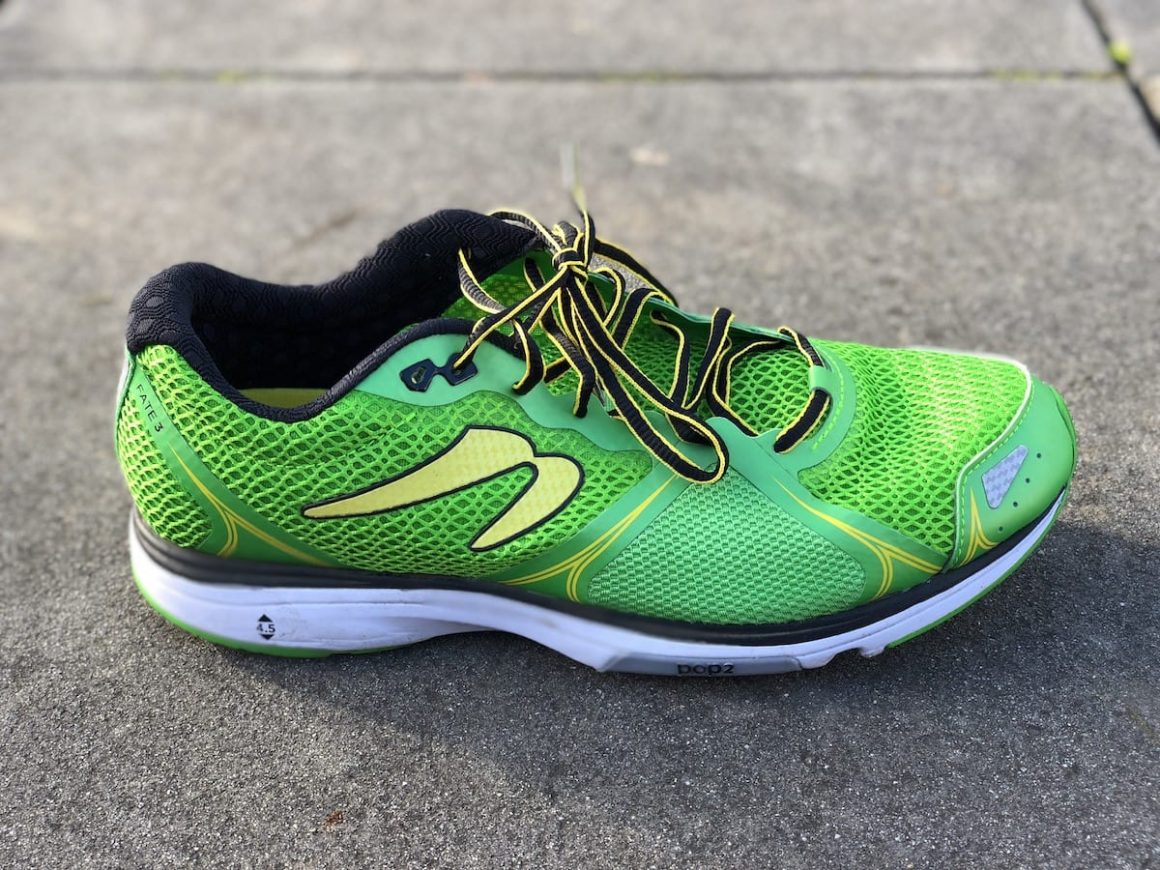 Running in any Newton shoe is always interesting at first. You have this very hard rubberized crash pad right under the front of your foot and your just not going to be used to it. That is op course, until you learn how to use it. Soon you will find yourself mastering the rocker it provides, the transition to the toe, and your landing position. Once you have this figured out, then you will start to get faster because these things can throw you off the front. In the end, they can really help you from a speed and acceleration perspective, but you must put in the time.

As for the Fate 3, it still does everything the 2 did, but honestly not much else. Under foot, it feels like the same shoe honestly. I need to reiterate this, but none of these comments are a negative. I am just emphasizing that you shouldn’t expect something dramatically different from before. At shorter distances the shoe can be super fast and is very usable on your speed days. For longer runs, you will find yourself enjoying the additional responsiveness the POP technology provides. It allows you to turn your feet over with slightly less effort which aids in hitting those longer distances.

Overall, the Fate 3 is a solid update to the 2. The upper features some redesigned elements which are welcome and it is built on the same core POP technology that Newton fans worldwide love. They haven’t really changed things up much, but this is really a case of why mess with success. The next big update they have I would hope they look at the weight because in a world where shoes are getting lighter, the Fate isn’t losing much. People will still really enjoy it though.

Hoka One One Clifton 4 Review

Hoka One One Speedgoat 2 Review