Okay, so this is the third pair of Skechers I have looked at now and I’m not quite sure what to think. When I first saw Meb was the spokesperson for Skechers and would be helping them with the performance design aspect of the shoes I was curious, but my expectations were obviously low given their target market at the time. The last two shoes we reviewed were solid, but my doubts were still high so when I put the GoRun 4 on for the first time I wasn’t sure what I was in store for.

The first thing I noticed when I pulled them out of the box was how light they were. In all honesty, I haven’t worn a shoe this light in I don’t know how long… if ever. It’s comes in around 6 ounces which basically puts it in the track shoe category. Just like other Skechers we’ve tried, it comes with multiple pairs of laces as well as multiple insoles each offering a little different support structure. Let’s jump into the shoe a little more.

The GoRUN 4 features a fully seamless upper, with some minimal molded overlays that contribute to minor level of structure, but honestly those overlays are more about styling than anything else. They definitely don’t contribute to weight or to the actual feel in shoe, you’ve got a lot of flexibility throughout. I find it nice they included multiple laces, but the lacing system itself is solid so it’s more about aesthetics. The tongue is thin and lacks padding and the heel has a looped quick pull which not only allows you to get in and out quickly, but also holds you well.

There isn’t much to it here. I would rate the cushioning level here in the minimal to medium range. The shoes aren’t designed in my mind to contribute to rebound or push you forward during your run, but instead allow your legs to take its natural motion. It has a 4 mm offset, so it’s definitely closer to neutral for foot contact. I did find it to have enough cushioning for quick runs requiring higher intensity.

The outer on the GoRUN is very interesting in that it has a number of contact points and while my initial inclination was the sole itself felt cheap, it really held up very well over time and didn’t break down. I think my perception of the shoe was actually more about the lack of weight more than anything. That contributed to it seeming less durable, but it honestly holds up solidly.

The GoRun 4 and all Skechers shoes for that matter come in a wild array of colors. They always seem to offer one muted option, but the rest of the lineup is all about flash. Typically vibrant primary colors and even fluorescents mixed together to produce something incredibly visible. Personally, I like a pop of color and while these are more aggressive than I’m used to, I did find it to be fun and they definitely raise some eyebrows.

Alright, so you are probably asking yourself how do they run and I have the answer… better than you might assume. They are quick and the reason for this is very simple, in that they are super light. When you put them on your feet, you’re probably going to be asking yourself if you even have shoes on. If you currently use a typical 9 to 11 ounce road running shoe, then you just cut that in half The GoRUN 4 feels more like a pair of socks on your foot then a shoe. I was worried this may contribute to lack of any cushioning and while the shoe itself is a mid to low cushion, there is enough here to get you through most of your mid to low distance runs for a normal recreational runner. Runners with more experience and stronger legs can probably dial it up and will see these perform even better. 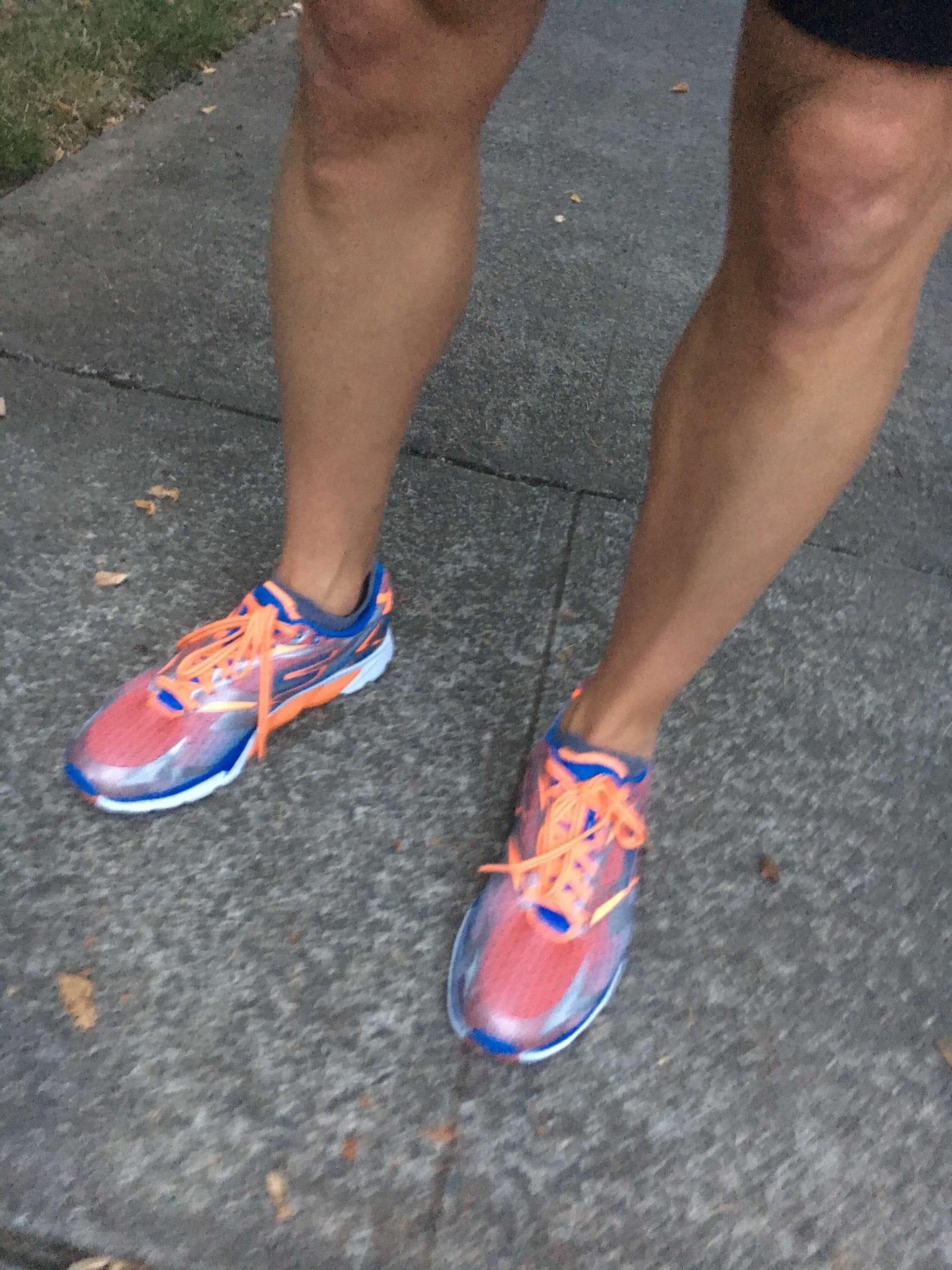 Next, the actual in run feel is solid. The interesting sole design gives you a lot of traction and you do get a lot of ground feel in the shoe. It is designed that way after all and it puts this on your legs to do the work. For me, at the end of any run in the 8 to 13 mile range, my legs were definitely beat. I think the shoes would actually contribute to muscle development over time and I would overcome this, but it’s an interesting balance for people. For me, this would be a solid shoe for speed where you keep your run sub 10 miles and you really want to hammer it out or if you’re doing interval training. 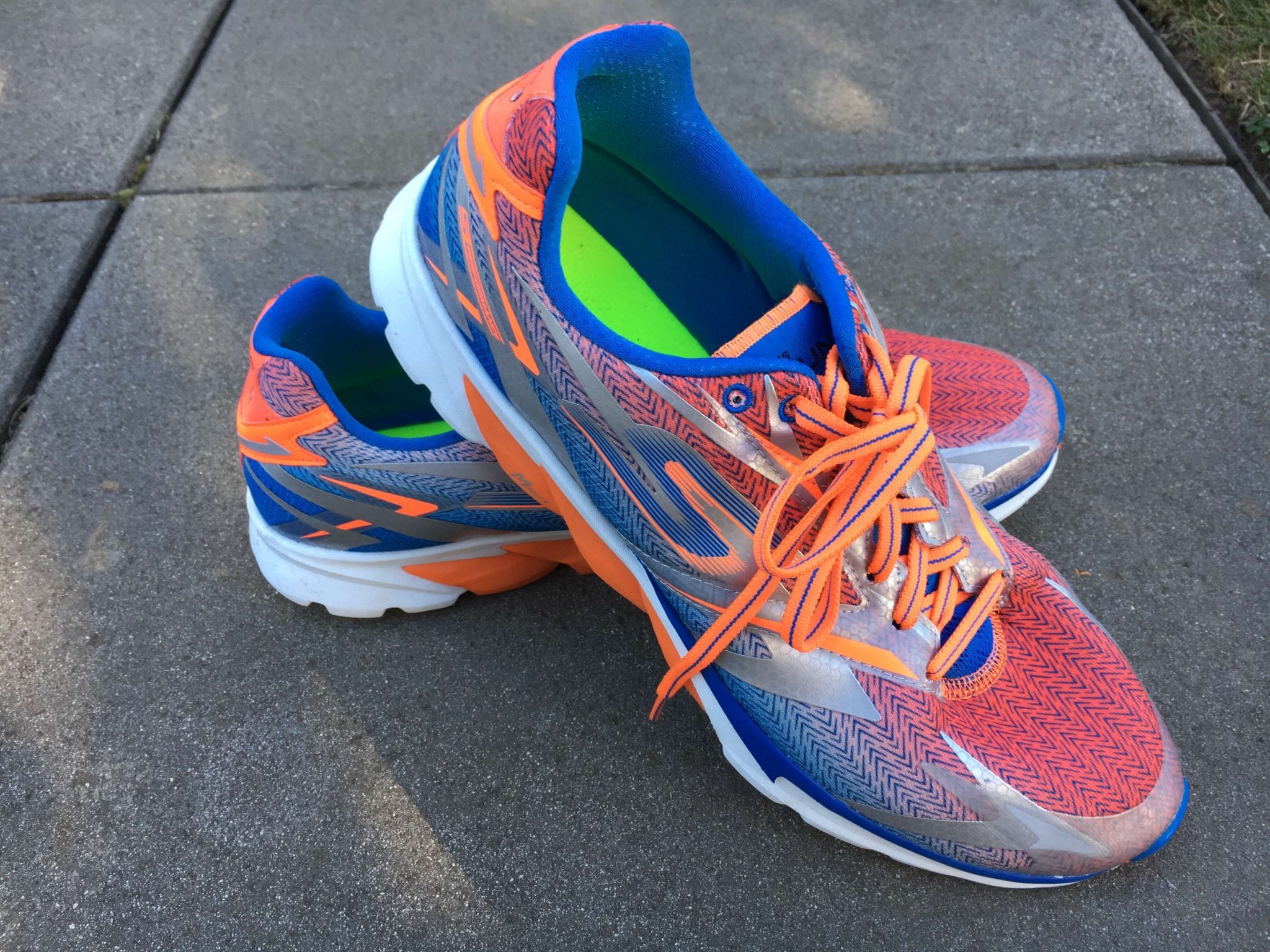 So I find Skechers in general to be a bit of a quandary. There is some level of stigma associated with the brand and the fact that it was really born out of the youth market. They’ve always been viewed as a low to mid cost shoes that are very flashy and I think the performance line is starting to make them a much more serious player. If you look at the price points against performance, then I think you find some really compelling reasons to check them out. I would definitely recommend something like this over a low-cost outlet style mainstream manufacturer shoe as well. I also think that the performance line will actually cater to the youth crowd even better because for a lower price point you can get your kids and teens into really solid performing athletic shoes. So there it is, I am definitely mentally stuck, but it’s hard to deny that Skechers is really improving the way they make shoes and the GoRUN 4s are good alternatives for those looking for a low-cost, minimal cushion, speed targeted running shoe.